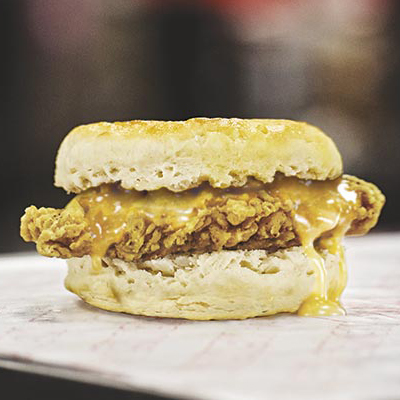 10 Things You May Not Know About Whataburger

Way back on Aug. 8, 1950, an adventurous and determined entrepreneur named Harmon Dobson opened up the world’s first Whataburger in Corpus Christi, Texas. He had the goal to serve a burger so big it took two hands to hold and so good that with one bite customers would say, “What a burger!” He succeeded on both counts and turned that one little burger stand into a legend loved throughout Texas and the South.

Today, though a lot has changed, some things will always be the same. Whataburger’s following has grown exponentially thanks to its famous burgers and growing list of menu items, its iconic orange-and-white striped A-Frame restaurants established in the early 1960s, and its on-screen presence in everything from “King of the Hill” to “Friday Night Lights.” However, each and every Whataburger is still made to order, right when it’s ordered, never frozen. Now Whataburger has more than 780 restaurants across 10 states stretching from Arizona to Florida, but road-trippers and hometown folks alike continue gathering under the big orange and white roofs for fresh, made-to-order burgers and friendly service. Whataburger just celebrated its 65th anniversary, and in honor of this milestone, here are 10 things you may not have known about Whataburger.