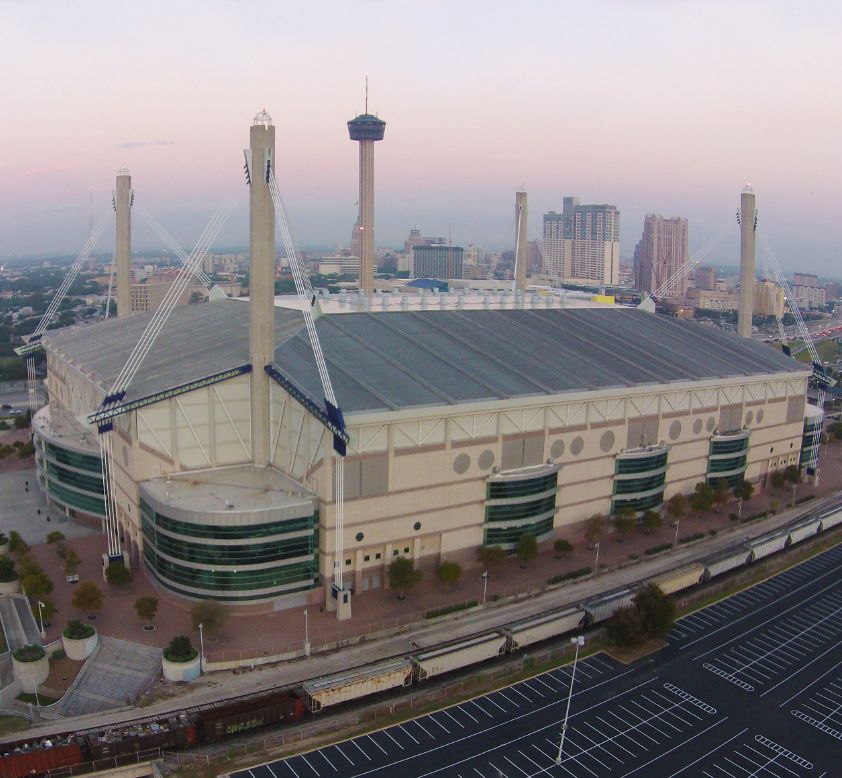 The 23rd annual Valero Alamo Bowl will kick off on Saturday, January 2 at 5:45 p.m. CST in a nationally televised game on ESPN unopposed from any other college or NFL football games on network television.

Saturday has been the most popular day of the week for the Valero Alamo Bowl as seven past games had Saturday kickoffs. Four of the last five Saturday games have featured capacity crowds.

This will be the third January kickoff in bowl history. The other two games also occurred on January 2. In last year’s Valero Alamo Bowl, #14 UCLA outlasted #11 Kansas State 40-35 on Friday, January 2 in front of the seventh largest crowd among all of last season’s bowl games.

A similarly high scoring affair occurred on Saturday, January 2, 2010 as a sold-out crowd of 64,757 and the largest television viewership in ESPN bowl history at the time watched Texas Tech come-from-behind to beat Michigan State 41-31.

“This year’s calendar provided us an excellent prime time Saturday slot to showcase the Valero Alamo Bowl and San Antonio,” said Derrick Fox, Valero Alamo Bowl President/CEO. “While we expect to be back in our more normal December 29 or 30 slot in future years. we are ready for the season to start to see what top teams from the Big 12 and Pac-12 conferences will be coming in San Antonio.”

“Saturday kickoffs have delivered some of our most watched and best attended games” said Mike Yantis, Jr., Valero Alamo Bowl Chairman. “Plus, the January date will make Bowl Week even more special as visiting fans can arrive in time for San Antonio’s acclaimed New Year’s Eve Celebration and enjoy the millions of holiday lights on the newly expanded River Walk before walking over to the game.”

For information on group tickets and premium packages, please visit: https://www.sponseasy.com/p/premium-packages or call (210) 704-6666.

The Valero Alamo Bowl is an annual post-season collegiate game played in the 65,000 seat Alamodome in San Antonio.  Last year’s game kicked off a six-year agreement to match up the #1 teams from the Big 12 and Pac-12 conferences after the College Football Playoff. This new arrangement delivered the first Top 15 match-up in bowl history between #14 UCLA and #11 Kansas State.

Valero Energy Corporation, through its subsidiaries, is an international manufacturer and marketer of transportation fuels, other petrochemical products and power. Valero subsidiaries employ approximately 10,000 people, and assets include 15 petroleum refineries with a combined throughput capacity of approximately 2.9 million barrels per day, 11 ethanol plants with a combined production capacity of 1.3 billion gallons per year, a 50-megawatt wind farm, and renewable diesel production from a joint venture.

Through subsidiaries, Valero owns the general partner of Valero Energy Partners LP (NYSE: VLP), a midstream master limited partnership. Approximately 7,400 outlets carry the Valero, Diamond Shamrock, Shamrock and Beacon brands in the United States and the Caribbean; Ultramar in Canada; and Texaco in the United Kingdom and Ireland.

Valero, a Fortune 500 company based in San Antonio, has been a partner of the Valero Alamo Bowl since its inception and title sponsor of the game since 2007. Please visit www.valero.com for more information.