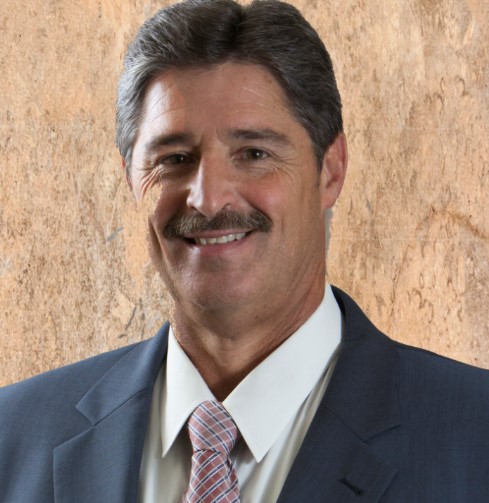 A board member since 2008, Chapman is the Executive Vice President and Chief Operating Officer of Security Service Federal Credit Union.

Founded in 1956, Security Service Federal Credit Union is a not-for-profit, member-owned financial cooperative that serves more than 730,000 members worldwide. With more than $9.3 billion in assets and more than 1,700 employees, Security Service is among the top credit unions in the nation.  Headquartered in San Antonio, the credit union has 73 locations in Texas, Colorado and Utah.

“It’s an honor to serve as the Valero Alamo Bowl Chairman for our 25th Anniversary as we recognize all of our partners who contributed to our success,” said Chapman. “I’m also looking forward to helping grow the tradition of this bowl game that means so much to this city so we deliver as many unforgettable memories the next 25 years as we did the first 25.”

Chapman is a former three-year football letterman for the University of Texas and played one year in the NFL for the Atlanta Falcons.

“Mike has been an active Board member and especially helpful with our organization’s hospitality, finance and philanthropy efforts,” said Derrick Fox, President/CEO of the Valero Alamo Bowl. “His passion for our community coupled with his experience as a student-athlete and bowl participant will be invaluable as we continue to grow our game and the positive impact on San Antonio.”

The other officers for 2017 include:

The 2017 Valero Alamo Bowl will kick off on Thursday, December 28th at 8 p.m. CST in a nationally televised game on ESPN. Persons interested in tickets can go to www.alamobowl.com to join the bowl’s priority ticket list now to be eligible for this year’s presale.

This year is the 25th annual Valero Alamo Bowl. The previous 24 bowl games have brought 1.44 million fans to the Alamodome, 145 million ESPN viewers and $824 million in total economic impact to San Antonio.

Last year’s match-up between #10 Colorado and #12 Oklahoma State was the highest ranked matchup in Valero Alamo Bowl history and the game’s third straight Top 15 matchup. The event delivered a $50.1 million total economic impact for San Antonio from a crowd 59,851, the fifth highest attendance in bowl history for a game featuring two out-of-state teams.

Since its inception, the organization has also served as the local host for 11 neutral site games including last year’s Notre Dame vs. Army game that delivered a $35.4 million total economic impact for San Antonio according to SportsEconomics.

For the fourth straight year, the Valero Alamo Bowl will again feature the #1 teams from the Big 12 and Pac-12 conferences after the College Football Playoff.

In 2016, the Valero Alamo Bowl’s agreements with the Big 12 and Pac-12 conferences, along, with ESPN were extended through the 2025 college football season.