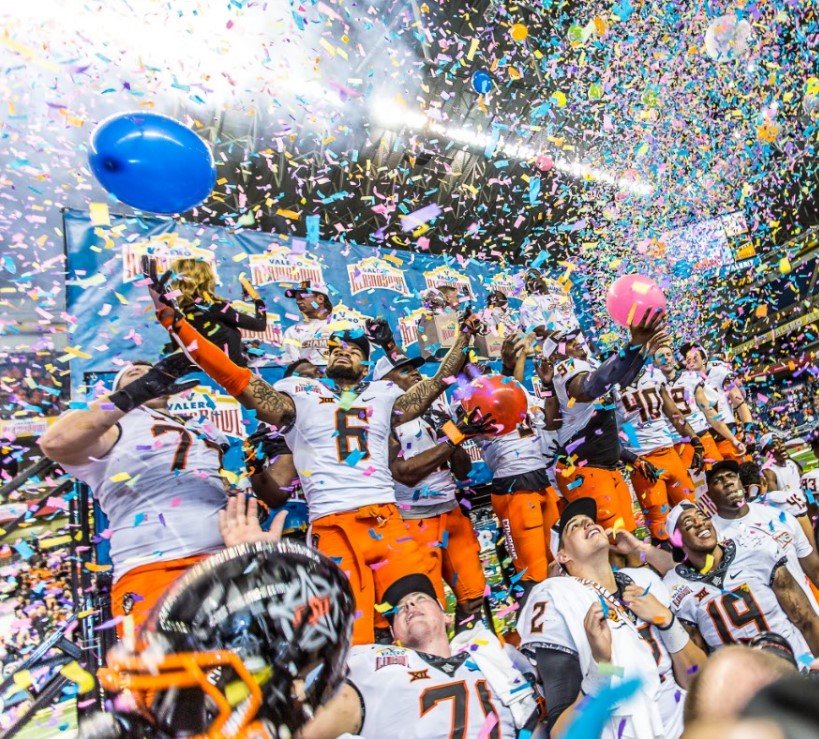 The 2017 Valero Alamo Bowl will kick off on Thursday, December 28th at 8 p.m. CST in a nationally televised game on ESPN.

While this will be fifth time in the Bowl’s 25-year history the event will be played on December 28, only the December 28, 1995 Bowl game featuring #19 Texas A&M and #14 Michigan was also on a Thursday. In that memorable game, the Aggies won 22-20 in front of the first sellout crowd (64,597) in Valero Alamo Bowl history.

Last year’s match-up was the highest ranked matchup in Valero Alamo Bowl history and delivered a $50.1 million total economic impact for San Antonio. The event drew a crowd 59,851, the fifth highest attendance in bowl history for a game matching up two out-of-state teams.

“The prime-time Thursday night slot performs well for ESPN and will showcase the Valero Alamo Bowl and San Antonio as viewership starts to peak during the post-season the night before the Goodyear Cotton Bowl and two days before the College Football Playoff semifinals,” said Derrick Fox, Valero Alamo Bowl President/CEO. “The Thursday kickoff should also again work well for people traveling to the game as they can attend the game and then stay for the weekend to enjoy all San Antonio has to offer.”

This year is the 25th annual Valero Alamo Bowl. The previous 24 bowl games have brought 1.4 million fans to the Alamodome, 145 million ESPN viewers and $824 in total economic impact to San Antonio.

Since its inception, the organization has also served as the local host for 11 neutral site games including last year’s Notre Dame vs. Army game that delivered a $35.4 total economic impact for San Antonio according to SportsEconomics.

For the fourth straight year, the Valero Alamo Bowl will again feature the #1 teams from the Big 12 and Pac-12 conferences after the College Football Playoff. The first three years of this agreement produced the first three Top 15 match-ups in bowl history. In 2016, the Valero Alamo Bowl’s agreements with the Big 12 and Pac-12 conferences along with ESPN were extended through the 2025 college football season.

About The Football Bowl Association

The Football Bowl Association is a non-profit organization established to help build upon the traditions of the bowl games, and bring to light the many benefits of the games beyond the playing field and parades and other activities. Just as bowl games bring a uniqueness to college football, the FBA places a spotlight on the distinctiveness of the games and their history and traditions.

The 2017-18 Football Bowl Association postseason schedule listed below (all times central standard) numbers 40 games, to be played over 24 days and televised nationwide via five different carriers.