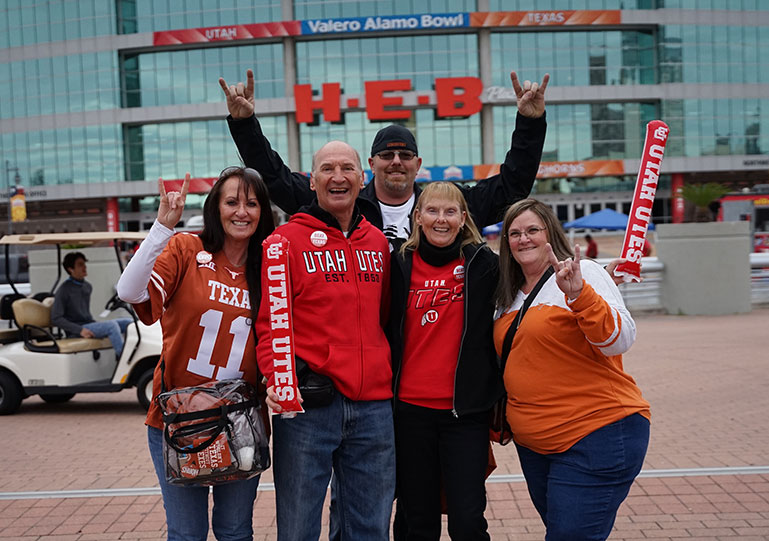 This was the first visit to San Antonio for 55% of the out-of-state guests. The report also indicted an average length of stay of 2.7 days and a total fiscal effect of $2.7 million for the city based on visitor spending.

“The Valero Alamo Bowl is proud to again deliver such a significant contribution to San Antonio’s economy while showcasing our city to millions of viewers across the country and providing scholarships to every San Antonio high school and university,” said Brad Barron, Chair of the 2019 Valero Alamo Bowl. “We extend our appreciation to Texas and Utah for their support as well as everyone who helped make this such a memorable year highlighted by our partnerships with ESPN, Valero and Visit San Antonio.”

For the 2019-2020 school year, the Valero Alamo Bowl and its partners will collectively award over $1 million to San Antonio students representing every participating high school and four-year university. This amount is the largest scholarship total among all the bowl games.

Over 6.23 million viewed Texas’ 38-10 upset over #11 Utah on ESPN and another 60,147 watched in-person at the Alamodome. Those totals were the #2 and #3 marks among the 33 non-College Football Playoff (CFP) bowl games, respectively, and compared favorably with several CFP games.

The 2019 Valero Alamo Bowl was the final game of a successful six-year agreement that brought the top teams from Big 12 and Pac‐12 conferences outside the CFP to San Antonio. Five of those six games featured Top 25 match-ups.

through 2025 to run concurrently with agreements between the game’s broadcast partner ESPN and title sponsor Valero.

The organization has produced 27 bowl games and served as the local host for 11 neutral site games. These 27 Alamo Bowl games have combined to deliver over $950 million in total economic impact to San Antonio, 148 million viewers, 1.62 million attendees to the Alamodome and $128 million to higher education through team payouts ($122 million) and local scholarships ($6 million).

The 2020 Valero Alamo Bowl will be played in the 65,000 seat Alamodome in San Antonio in late December or early January at a date that will announced by the end of April.  Tickets will go on sale this summer, but interested buyers can join the Priority Wait List at www.alamobowl.com.