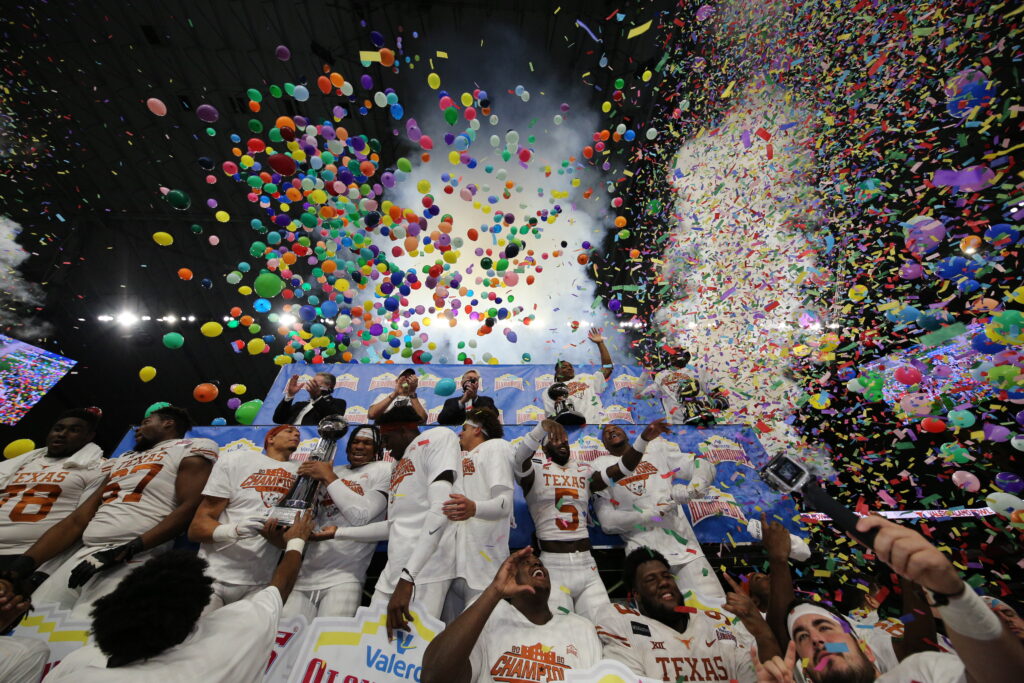 The #20 Texas Longhorns maintained their status as the reigning Valero Alamo Bowl Champions with an impressive 55-23 win over the Colorado Buffaloes.

Record breaking nights from Bijan Robinson and Casey Thompson led an electric Longhorn offense that set the Valero Alamo Bowl record for most yards per play (9.4).

Freshman running back Bijan Robinson, whose performance earned him Offensive MVP honors, shattered the bowl record for most yards per carry finishing with 18.3 YPC on the night to beat out Dan Alexander’s number from 2000 at 12.0.

Robinson racked up 183 yards and a touchdown on just 10 carries and added two more scores through the air to finish the day with 236 all-purpose yards, good for third most in the bowl’s history.

The Longhorns and senior quarterback Sam Ehlinger started off hot, scoring on their first possession in a drive that took less than a minute. Ehlinger was forced to leave the game at half-time due to a shoulder injury, which shifted the spotlight to sophomore backup Casey Thompson.

Thompson set two Valero Alamo Bowl passing records. After having only seven pass attempts all year, he completed 8 of 10 in the game for a record 80% passing efficiency and four touchdowns which tied him with Washington’s Keith Price.

Remarkably, Robinson and Thompson combined for seven touchdowns on only 22 touches.

Texas kicker Cameron Dicker etched his own name in history by booming the longest field goal in Valero Alamo Bowl history with his 53 yarder in the second quarter.

Colorado star running back Jarek Broussard did all he could to try and get the Buffs offense going, rushing for 82 yards and two scores to put a nice cap on an impressive year for the Pac-12 Offensive Player of the Year. Unfortunately for Colorado, not much else went right for the Buffaloes.

Texas Head Coach Tom Herman continued his undefeated streak in bowl games, moving to 5-0 all time with wins in the Peach Bowl while at Houston, and Texas Bowl, Sugar Bowl, and two straight wins in the Valero Alamo Bowl at helm of the Longhorns.

Linebacker Demarvion Overshown earned the Defensive MVP award thanks in large part to a first quarter pick of Buff QB Sam Noyer that would lead to a Texas touchdown from Bijan Robinson.

But the defensive play of the game later from Texas DL Alfred Collins, whose one handed interception wowed the crowd.

MOST YARDS PER CARRY