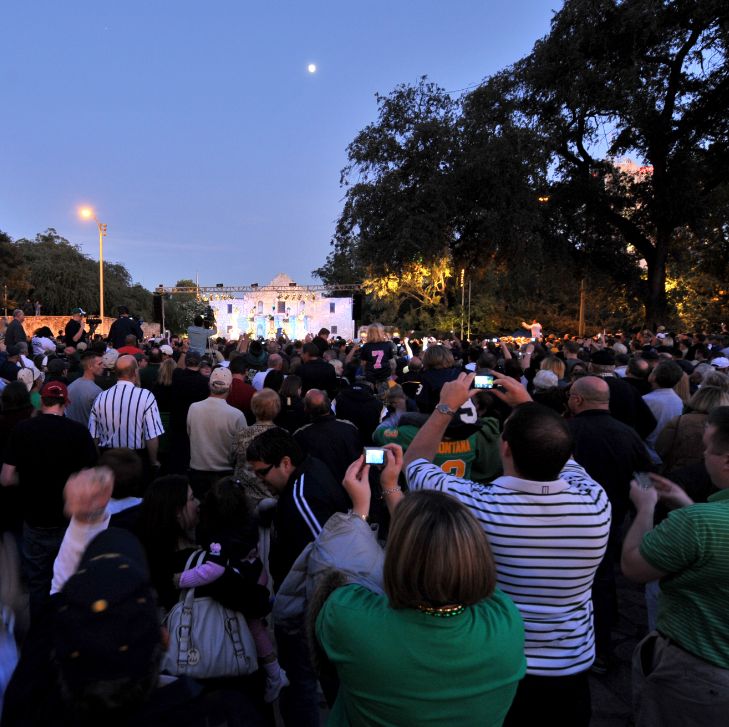 “The first College Football Playoff was historic and we were glad to be in Arlington to see it first hand,” said Derrick Fox, Valero Alamo Bowl President/CEO. “This premier event will grow each year and it’ll be our job to showcase how all of the positive improvements our city has undertaken will deliver the ultimate experience for fans, student-athletes, administrators and CFP partners.”

The timing of the bid is well timed as San Antonio’s Decade of Downtown prepares for its 300th Anniversary celebration in 2018. The city now has:

Last January, City Council unanimously approved a $43.5 million improvement package for the Alamodome. The improvements will double the width of the concourses, create a 24,000 square foot multiple purpose room under the north plaza and renovate locker rooms, concession stands and bathrooms as well as add LED ribbon boards and four HD video walls.

Construction begins this August and the timeline calls for the project to be substantially complete by late 2017.

“There is not a city in America that has a more walk-able, fan friendly downtown,” said Fox. “When coupled with our community pride, the city’s commitment to fund facility improvements and the political will to showcase the results from our Decade of Downtown, an event promoter will be blown away by the unforgettable experiences San Antonio can deliver.”

If a picture is worth 1,000 words, this video showing these Alamodome improvements combined with the adjoining Convention Center and HemisFair Park transformations are worth millions.

While the list of cities bidding for the 2018-2020 College Football National Championships isn’t yet known, San Antonio Express-News sports writer Tim Griffin posted this May 14 story about possible contenders.