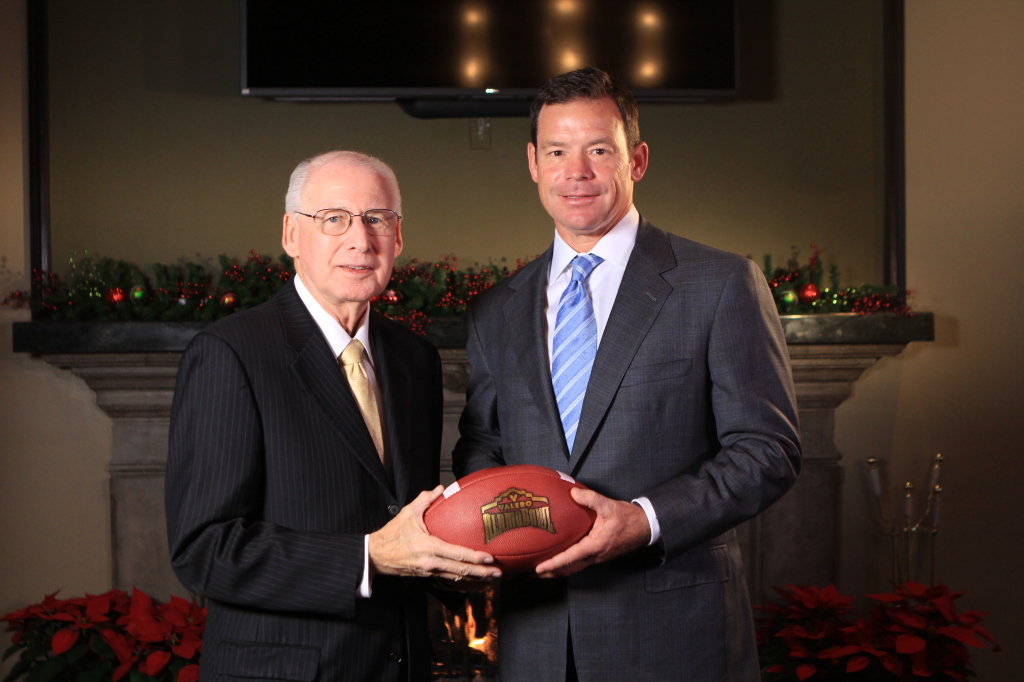 Last Thursday the Covenant Golf Classic at the Club at Sonterra played host to the two head coaches from Kansas State and UCLA.

These coaches, and their respective schools, couldn’t be more different. Kansas State is tucked away in the town of Manhattan, Kansas more than 115 miles west of the Kansas City area, while UCLA is in the middle of the Los Angeles and all that comes with it. Kansas State head coach Bill Snyder is 75 and is in his 23rd year as the head coach at K-State, while UCLA head coach Jim Mora is relatively young at age 53 and in his 3rd year at the helm of UCLA.

Even with these two program’s stark differences they do share a common thread that starts at the top with Snyder and Mora; respect.

“Well, I greatly appreciate what Jim has done. Most significantly I like the way he has done it,” Snyder said during the annual head coaches press conference at the Covenant Golf Classic. “I admire coaches that don’t get caught off in all the things that are taking place in college athletics today, and coaches who genuinely care about young people in their program, about so many things that are investments in their lives outside of athletics, outside of football, as well.”

Mora was as equally admiring of Snyder and all that he has accomplished over his career.
“I’m sitting next to a legend as a coach,” Mora said of Snyder. “I think it’s more importantly what he has meant to college football as a mentor to young people that I most admire, someone that I would like to model my career after with regards to having an impact on young people’s lives. I said this when we talked on Sunday. I wasn’t kidding. I hope that he can make 15 minutes of time for me to talk more about how he’s gone about creating this dynamic legacy that he has at Kansas State, not only on the football field, but the community and the campus, help me with my career that way.”

Perhaps one of the reasons many coaches like Mora appreciate what Snyder does is that he does it his way, which carries a certain old school charm. This can be seen with the way Snyder writes hand-written letters to opposing players.

When asked what prompts him to reach out to opposing players Snyder jokingly said, “Well, I got to do something. You’re in an office 24 hours a day, so you got to find something to do. That’s just part of being a hundred years old, you refer back to some old school things. So I write notes. We utilize a lot of note cards at Kansas State. That’s where the biggest part of our budget goes.”

Still, the part of Snyder’s career that Mora may want to replicate the most is his amount of success.

Snyder has 187 wins to his name, which ranks fourth among active coaches.
“When I was looking at his (Snyder) record, I was trying to figure out how many more wins he’s had than I do, and it’s a whole lot,” Mora said.

So although these coaches may be at different stages of their careers, and these programs on opposite sides on what is trendy, it is clear there is no lack of respect between the two.