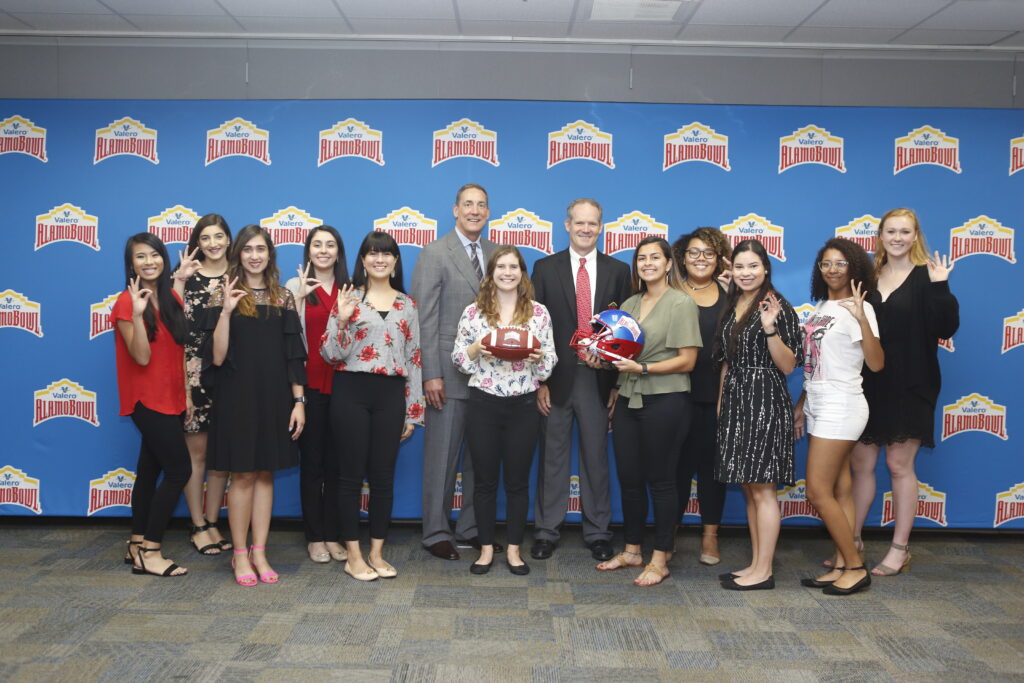 Valero Alamo Bowl scholarship programs now combine to award an average of $1 million to 140+ deserving students representing every San Antonio high school and university each year. This amount is the largest, local scholarship total among the 42 bowl games.

While each San Antonio university determines its own criteria for selecting the winners and how much each recipient receives, the program’s focus is juniors and seniors with a high propensity to stay and work in San Antonio.

This year’s 69 college winners who will share in $440,000 awards ($220,000 from the Bowl with a matching amount from each university) and be recognized at the Valero Alamo Bowl are as follows:

Our Lady of the Lake University

Congratulations students and thank you to our partner universities!

In December, our high school scholarship winners will be announced. Last year there were 75 winners each receiving a $7,500 scholarship. This group included at least one student from every participating San Antonio area public and private high school.

These high school scholarships are awarded on the basis of academic achievement, teacher recommendations, financial need, involvement in extracurricular activities and varsity sports as well as honors received and a personal narrative.