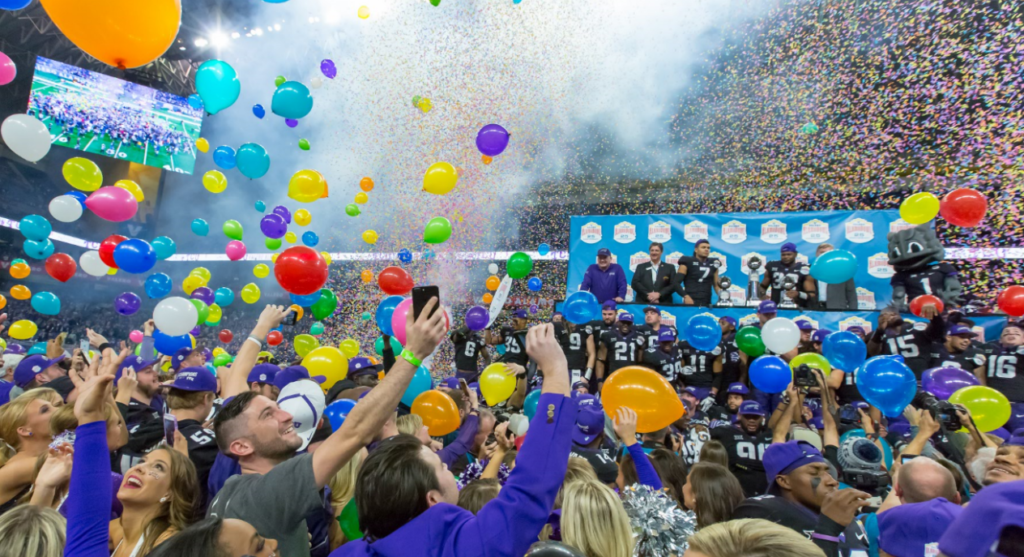 The 2017 Valero Alamo Bowl featuring #13 Stanford and #15 TCU brought 37,616 out-of-town visitors to San Antonio and generated a total economic impact of $38.3 million for San Antonio last year, according to a report conducted by Economic Analytics Consulting.

TCU’s come-from-behind 39-37 victory was the Valero Alamo Bowl’s fourth straight Top 15 matchup and the 10th time since 2005 the game’s outcome was undecided until the final minutes.

In June 2017, the Valero Alamo Bowl contributed $6 million for technology upgrades at the Alamodome. This new funding allowed an expanded public Wi-Fi system, two additional HD video screens and sound system upgrades and brought the total amount for improvements to the Alamodome to $60 million.

For the 2017-18 school year, the Valero Alamo Bowl will award over $1 million in scholarships to local high school and university students.

This summer another 65 rising college juniors and seniors will be selected from all six of San Antonio’s four-year universities to share over $450,000 via our Valero Alamo Bowl Community Partners scholarship. Funded by the Valero Alamo Bowl and matching programs through each university, this scholarship program is administered by each university (Incarnate Word, Our Lady of the Lake, St. Mary’s, Texas A&M-San Antonio, Trinity and UTSA).

The impact analysis report is available on the Valero Alamo Bowl through the following link: http://bit.ly/BowlImpact2017