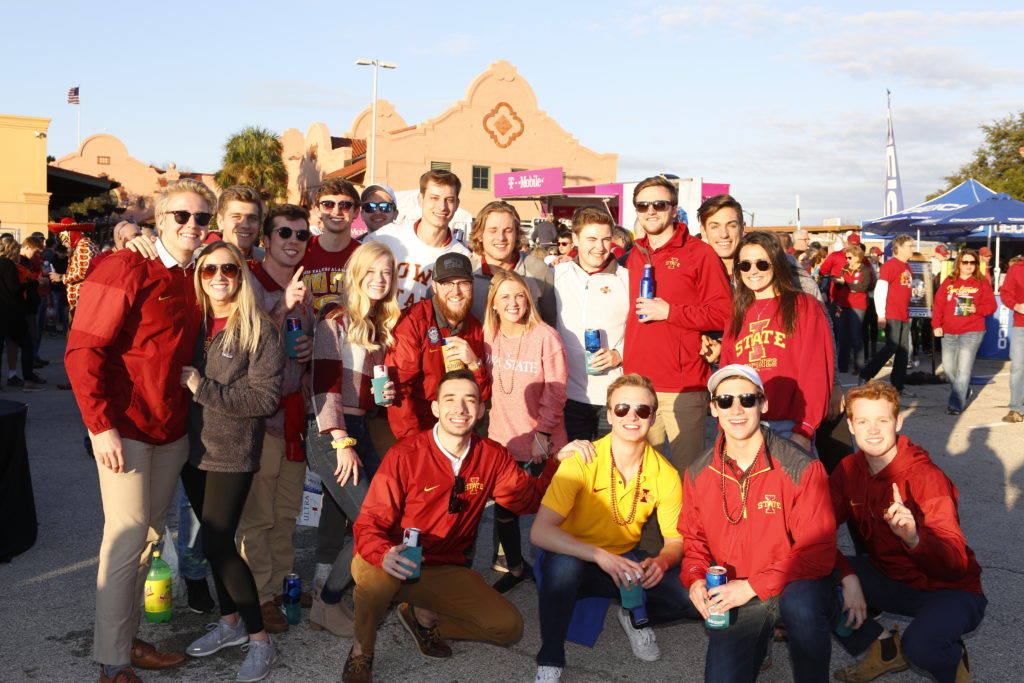 This was the first visit to San Antonio for 62% of the out-of-state guests. The report also indicted an average length of stay of 3.4 days and a total fiscal effect of $4.3 million for the city based on visitor spending.

“If you were anywhere in downtown San Antonio during Bowl Week, the amazing impact of the 2018 Valero Alamo Bowl was easy to see,” said Valero Alamo Bowl Chairman Michael Kiolbassa. “With each school winning seven of their last eight games, Washington State and Iowa State and their excited fan bases flocked to San Antonio to enjoy everything that makes our city such a special place.  We thank both universities for their support as well as everyone who helped make this such a memorable year highlighted by our partnerships with ESPN, Valero and Visit San Antonio.”

An Alamodome crowd of 60,675 watched Washington State’s thrilling 26-24 victory over Iowa State in person and another 6.1 million watched on ESPN, the #1 and #2 marks among the 33 non-CFP bowl games, respectively.

It was the highest Valero Alamo Bowl attendance for a match-up featuring two out-of-state teams since 2005 and garnered almost one million more ESPN viewers than the bowl’s historic average.

“Every year, the Valero Alamo Bowl shines a tremendous spotlight on San Antonio,” said Casandra Matej, President and CEO of Visit San Antonio. “From its consistently outstanding television ratings to the ability to introduce our city to visiting fans, the game provides a powerful platform. That has never been truer than the 2018 contest, which showcased our warm and inviting community to more than 41,000 out-of-state visitors, all of whom went back to Washington and Iowa as ambassadors for all that San Antonio has to offer.”

Since increasing its team payout to the Big 12 and Pac-12 conferences in 2014 to be their #1 bowl outside the CFP, the Valero Alamo Bowl has featured five straight Top 25 matchups. The previous record of two consecutive Top 25 matchups occurred in 1999 and 2000.

The growth of the Valero Alamo Bowl along with the extension of its partnerships with Valero and ESPN as well as with Big 12 and Pac-12 conferences through the 2025 football season has allowed the bowl’s community outreach to increase.

For the 2018-2019 school year, the Valero Alamo Bowl and its partners will award over $1 million to San Antonio students representing every participating high school and four-year university. This amount is the largest scholarship total among all of the bowl games.

The impact analysis report is available through this link:

The 2019 Valero Alamo Bowl will be played in the 65,000 seat Alamodome in San Antonio in late December or early January at a date that will announced by the end of April.  Tickets will go on sale this summer, but interested buyers can join the Priority Wait List at www.alamobowl.com.