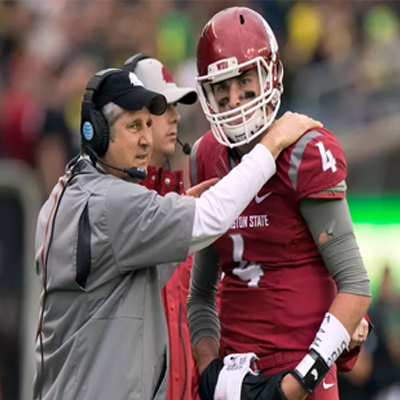 At the mid-point of my internship with the Valero Alamo Bowl and just over halfway through the college football season I can safely say that this is one of the most valuable experiences of my life. When I got my internship offer the same weekend I was set to graduate from Washington State University it very bitter sweet. I was leaving the town I spent my last few years in and was moving somewhere unfamiliar. I knew even though San Antonio was far from home, my time here would be a once in a lifetime experience.

When July came around I packed up my car and embarked on the 32 hour drive from Seattle to San Antonio. The drive was actually more like 45 hours after stopping for food and gas. All was going well until my car started overheating while in Moab, Utah and my dad and I needed to stop and let it cool down for about an hour. We thought the road trip might be delayed until we got the car fixed but instead we decided to fill the car up with coolant and keep going.

The moral of the story is we faced some adversity during our mission to get to San Antonio but we were able to overcome it. That is how I feel about being a Washington State University football fan. Last season we ended with an unexceptional 3-9 record. The 2015 preseason rankings projected us to finish 10th in the Pac-12. We lost our first game at home to FCS Portland State, handed Cal a win, then lost a hard fought game to #8 Stanford. The Cougar fan base is used to battling adversity and despite a tough break on Saturday night, we are still sitting at 5-3 looking to make a bowl game this year.

Mike Leach and his Air Raid offense are no strangers to Texas. Leach has turned out several successful players through his system at Texas Tech, including quality NFL players such as Michael Crabtree, Wes Welker, and Danny Amendola. I am excited to see which young stars on Washington State University’s football team will be heading to the NFL in the near future. Sophomore QB Luke Faulk is showing he belongs in the discussion of top quarterback prospects with 28 TDs, 6 INTs, and 3,239 passing yards through the first eight games (1st in TDs and passing yards in the Pac-12). Junior WR Gabe Marks also has put the Pac-12 on notice with 63 catches for 800 yards and 11 TDs through eight games this season (2nd in receiving yards and 1st in TDs in the Pac-12).

Gabe Marks was a redshirt last season and did not get to see the field. The Pac-12 is just now getting their first glimpse of Marks’ great play-making abilities. Last season during spring practice while I was working with WSU football, Marks told me when he got back on the field, he would be the best receiver in the Pac-12. I might not have believed him at the time because I knew nothing about him but he knew his potential and that’s all that mattered to him. That is the sort of confidence Marks brings to the table, he makes everyone around him believe in their system.

The Cougar football team and their fans are ready to show the Pac-12 they mean business and are legitimate contenders in the conference. The remaining schedule is not the easiest, but I have faith the Cougs can win out. The Cougars play Arizona State, #22 UCLA, Colorado and Washington in the Apple Cup to finish the season off. Stay on the look-out for the under dogs that are looking to prove everyone wrong this season.