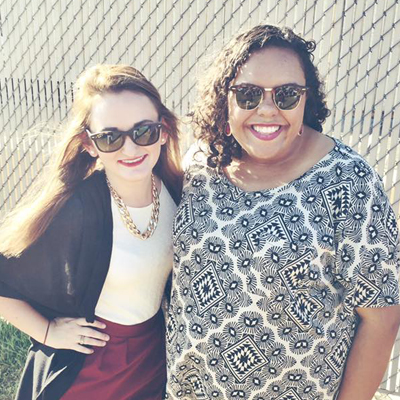 After four years filled with the Aggie Spirit, the inevitable post-game voice loss and spending my Saturdays singing the War Hymn instead of studying, missing my first home game at Kyle Field since August 2011 was a tough pill to swallow.

For the first time in three months, I ventured back to the land of Layne’s Chicken Fingers to watch my Aggies hopefully beat Mississippi State and satisfy my football fix. It would be our first conference game in the new Kyle Field and one that would set the tone for the remainder of the season.

It was strange to be back in Aggieland as a former student, catching up with friends and taking in all the changes that have been made to campus in such a short period of time. In three short months as the Valero Alamo Bowl’s Events & Operations Intern I have learned a lot about what it takes to make game day happen, so I found myself appreciating the atmosphere on campus a little bit more on Saturday.

At first I was worried that all the new changes would impose on our traditions, that “new army” wouldn’t be yelling loud enough and that the 12th Man wouldn’t be standing as tall as our team needed us to. As I stepped into the new Kyle Field and onto the fancy escalators that replaced the once tedious ramps on the northeast side I slowly began to see that even though we had a new stadium, complete with bigger statues, more concession stands, and more seats we were still the same 12th Man that I hold so dearly in my heart.

We stood on the bleachers, yelling loudly and waiving our white towels as the drumline began to play and Kanye West’s “Power” played over the loud speakers. The strength of the Aggie Family gave me chills as the pretty, new fireworks shot into the air while Reveille, our mascot, lead our team out of the tunnel. I felt like I was finally home again.

My worries ceased because I was with 104,455 members of my family doing what we do best. In the end, the Ags could’ve lost the game, failing to break through the Mississippi State defense, or allowed Dak Prescott to throw for six TD’s and the night still would’ve been perfect…though Christian Kirk’s 153 all-purpose yards, a 13 point win, and being ranked #9 in the AP feels pretty good too.