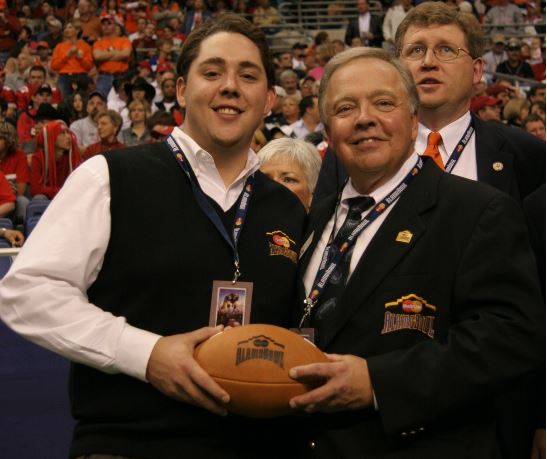 Jack Rogers, who served on the Valero Alamo Bowl Board of Directors for over 20 years, passed away peacefully at his home in San Antonio on May 29, 2020 at the age of 73.

The ultimate ambassador for the Valero Alamo Bowl, Jack served as Chair of our 2004 game and was the most frequent traveler on the Team Selection Committee making over 100 trips on behalf of the bowl.

Jack attended the University of Texas at Austin, and graduated from St. Mary’s University with a degree in Business Administration. Whether as President of his own title company, Ameripoint Title Company, or most recently as the Senior National Account Manager at First American Title, National Commercial Services, Jack always rolled up his sleeves to help civic and community organizations.

in addition to his wealth of knowledge on college football, Jack never forgot a face or a story about a lesson he learned. That skill paired with his love of hunting, ranching, and fishing with his son, John Paul (JP) Jr.

In Jack’s honor, his family and the Bowl have established the Jack Rogers Memorial Scholarship. Donations may be made to the non-profit Valero Alamo Bowl at 100 Montana, San Antonio, TX 78203.

The Jack Rogers Memorial Scholarship will be awarded to San Antonio high school students exemplifying the values as defined by Jack’s life. Scholarship recipients will excel in academics, athletics, leadership and will demonstrate high character traits such as kindness and strength during times of adversity. Special consideration will be made for candidates who are experiencing personal or family issues related to cancer or bereavement.