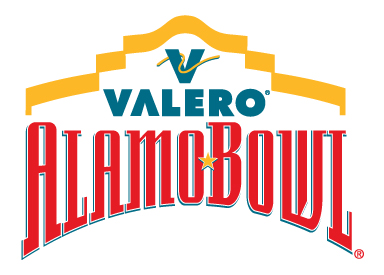 Five weeks are complete in this year’s college football season and conference play is now in full swing. With the new College Football Playoff in place, the Valero Alamo Bowl will feature the top teams from the Big 12 and Pac-12 conferences outside of the College Football Playoff bowls. Currently, there are 10 ranked Big 12 and Pac-12 schools in the AP Poll and nine ranked schools in the Amway Coaches Poll.

Kansas State from the Big 12 and Stanford from the Pac-12 are currently the most popular picks by the media to play in this year’s Valero Alamo Bowl.

#22 Kansas State sits at 3-1 after beating UTEP last weekend 58-28. The Wildcat’s lone loss came at the hands of #5 Auburn by a score of 20-14. This year’s version of the Wildcats is another classic Bill Synder coached team that plays sound fundamental football in all three phases of the game.

Stanford is 3-1 and ranked #13 in the Coaches Poll and #14 in the AP Poll. The Cardinal boast one of the nation’s stingiest defenses surrendering just 198 yards and 6.5 points per game.

The Big 12 and Pac-12 conferences feature some of the best offenses in all of college football, led by some of the top quarterbacks.

Heading into the season, Baylor’s Bryce Petty and UCLA’s Brett Hundley were household names in college football circles. Petty and Hundley were considered by many as preseason Heisman Trophy favorites, and while their Heisman chances have taken somewhat of a hit due to early season injuries, both signal callers had their skills on full display last week and are still two of the best quarterbacks in the nation.

On the other hand, Oregon’s Marcus Mariota has shown why he is considered the Heisman favorite at this point of the season. Mariota has helped lead the Ducks to a 4-0 record and a national ranking as high as #2 in the AP Poll by throwing for 1,135 yards with 16 total touchdowns while completing 74 percent of his passes.

If you aren’t familiar with the name Connor Halliday, you soon will be. The Washington State quarterback is off to a torrid pace to start the season and is one of the nation’s leading passers with 2,318 yards and 20 touchdowns while throwing for 463.6 yards per game.

Oklahoma may be the nation’s best overall team to date and quarterback Trevor Knight has been a big reason why. For some, there were reservations about Knight heading into his first full season as the starting quarterback after he was inconsistent a year ago in a similar role. However, after Knight’s outstanding performance against Alabama in the Sugar Bowl last year, the expectations for the red-shirt sophomore were sky-high, and he has not disappointed with 1,065 yards and six total touchdowns.