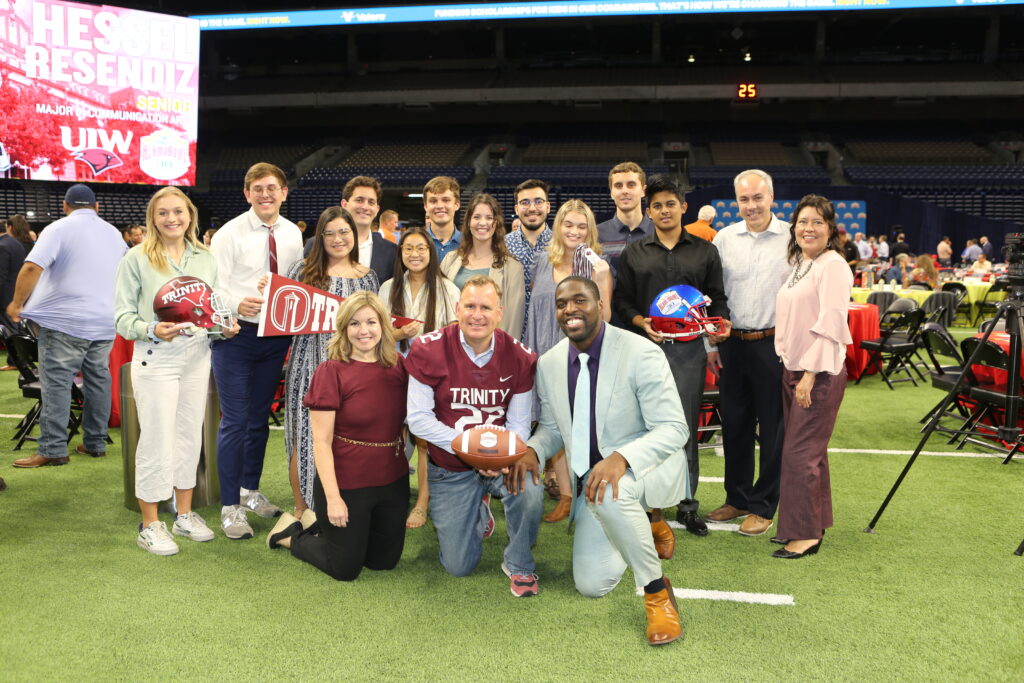 Funded by the Bowl and matching programs at all six of San Antonio’s four-year universities (University of the Incarnate Word, Our Lady of the Lake University, St. Mary’s University, Texas A&M–San Antonio, Trinity University, and UTSA), the selected college juniors and seniors will split $610,000 in scholarship awards, an increase over the $440,000 that was split between 72 winners last year.

Our Lady of the Lake University

University of Texas at San Antonio

On December 14, the Valero Alamo Bowl will announce an additional 88 winners of Valero Alamo Bowl Student-Athlete Scholarships. Representing every high school in the San Antonio area, these winners will split $660,000 in total awards to attend the colleges of their choosing.

The Valero Alamo Bowl was created in 1993 to bring enjoyment to San Antonians, South Texans, and visitors alike while creating positive economic impact, experiences, and national attention for our community and participating universities.

The organization has produced 29 bowl games and served as the local host for 11 neutral site games. The 29 Valero Alamo Bowl games have combined to deliver over $1 billion in total economic impact to San Antonio, 156 million viewers on ESPN, 1.7 million attendees to the Alamodome, and $143 million to higher education through team payouts ($134.6 million) and local scholarships ($8.4 million).