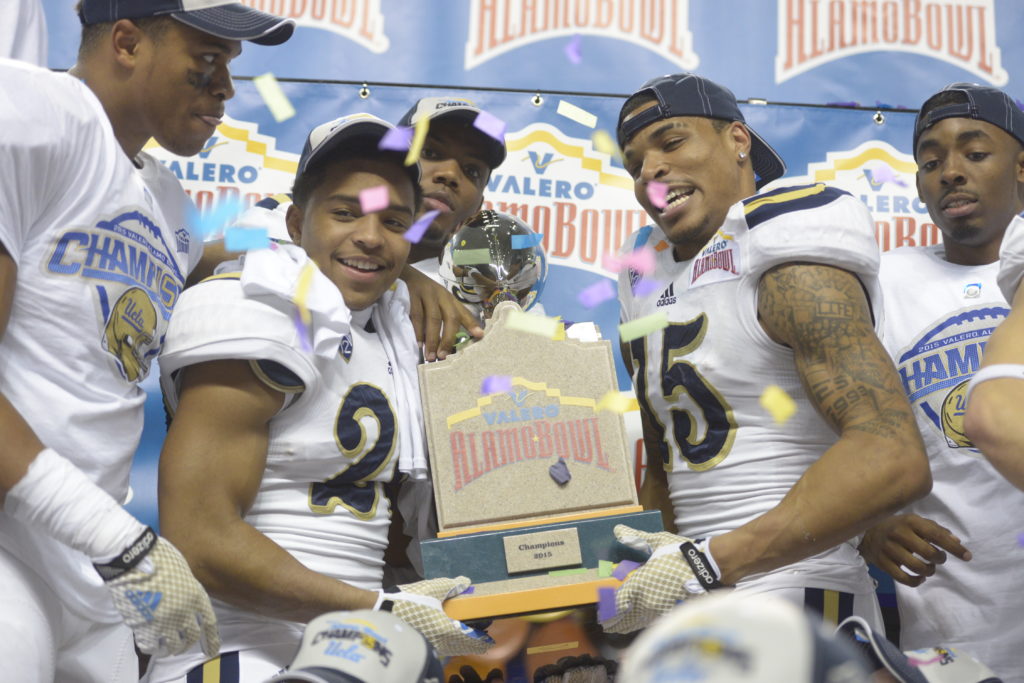 For the second straight year, the Valero Alamo Bowl will kick off on December 28 at 8 p.m. CST on ESPN.

While this will be sixth time in the Bowl’s 26-year history the event will be played on December 28, it is only the third Friday game. The other two were California vs. Iowa in the inaugural game on Friday, December 31, 1993 and #11 Kansas State vs. #14 UCLA on Friday, January 2, 2015.

Last year’s 25th annual Valero Alamo Bowl on Thursday, December 28 featured #15 TCU’s come-from-behind 39-37 victory over #13 Stanford. It was the 10th time since 2005 the game’s outcome was undecided until the final minutes and the fourth straight Top 15 matchup.

Since the advent of the College Football Playoff (CFP), the Valero Alamo Bowl is the only non-CFP game to feature a Top 15 matchup.

The event also brought 37,616 out-of-town visitors to San Antonio and generated a total economic impact of $38.3 million for the city last year, according to a report conducted by Economic Analytics Consulting.

“Our 2018 season is off to fantastic start with Valero extending their title sponsorship through the 2025 game and ESPN providing us an excellent prime time Friday slot to showcase the Valero Alamo Bowl and San Antonio,” said Michael Kiolbassa, Chair of the 2018 Valero Alamo Bowl. “The Friday kickoff will also work well for people traveling to San Antonio as they can attend the game and then stay for the weekend to enjoy everything our city has to offer.”

Persons interested in tickets for the 2018 Valero Alamo Bowl can go to www.alamobowl.com to join the Bowl’s Priority Wait Ticket List now to be eligible for this year’s presale.

The first 25 Valero Alamo Bowls have combined to deliver 1.5 million attendees to the Alamodome, 136 million viewers to ESPN, $105 million to its partner conferences and participating universities as well as $873 million in total economic impact to San Antonio.

Through 2025, the Valero Alamo Bowl will match up the #1 teams from the Big 12 and Pac-12 Conferences after the CFP selections in San Antonio’s 65,000 seat Alamodome. The Bowl’s ESPN partnership and Valero title sponsorship also go through 2025 giving the Valero Alamo Bowl unprecedented stability in post-season college football.