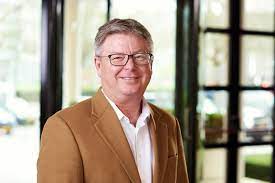 Randy Cain has been selected to succeed Clay Jett as Chair of the organization’s Board of Directors. Cain retired as Vice Chair of EY after a 36-year career with the company. He remains active in business sitting on several boards and providing leadership to civic organizations including his role as Chair for the Southwest School of Art.

A Valero Alamo Bowl board member since 2003, Cain also served as Chair for the 2012 game.

“It’s an honor to return as Chair for our 30th Anniversary as we celebrate the Valero Alamo Bowl’s role in growing our city’s slowest weeks of tourism into what is now a vibrant and highly anticipated holiday tradition,” said Cain. “We look forward to paying tribute to our loyal partners, like Valero, whose support helped fuel $1 billion in historical economic impact and the largest local scholarship program among all the bowl games.”

“Having Randy back as Chair for this special anniversary season will help us continue increasing the Valero Alamo Bowl’s positive contributions to San Antonio,” said Derrick Fox, President and CEO of the Valero Alamo Bowl. “With the community’s support, we will strive to deliver as many unforgettable memories the next 30 years as we did the first 30.”

The other officers for 2022 include:

The Valero Alamo Bowl also announced the addition of Bobby Perez and Christy Prescott to the Board of Directors. Perez is Chief Legal Officer & General Counsel of Spurs Sports & Entertainment and Prescott is the CEO of Collegiate Travel Partners (CTP).

Tickets for the 30th annual Valero Alamo Bowl will go on sale in conjunction with the PNC Pigskin Preview Luncheon on August 31 but interested buyers can join the Priority Wait List at www.alamobowl.com.

The Valero Alamo Bowl was created in 1993 to bring enjoyment to San Antonians, South Texans, and visitors alike while creating positive economic impact, experiences, and national attention for our community and participating universities.

The organization has produced 29 bowl games and served as the local host for 11 neutral site college football games. The 29 Valero Alamo Bowl games have combined to deliver over $1 billion in total economic impact to San Antonio, 156 million viewers on ESPN, 1.7 million attendees to the Alamodome, and $142.9 million to higher education through team payouts ($134.6 million) and local scholarships ($8.3 million).