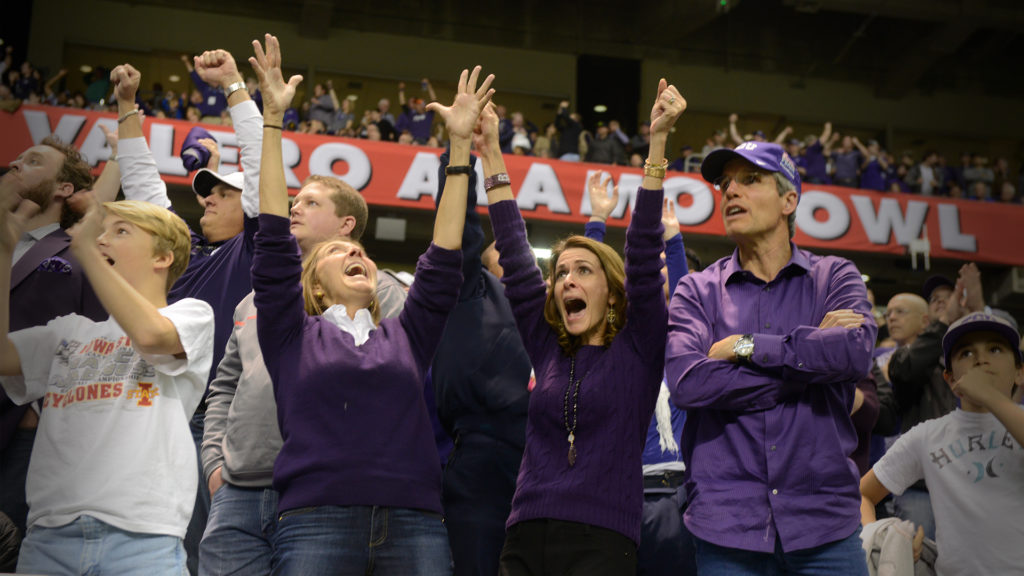 Win $25,000 and a year’s worth of Grand Slam breakfasts in the Denny’s $25,000 Grand Slam Giveaway by picking the score of the Valero Alamo Bowl.

The 25th Anniversary game between #13 Stanford and #15 TCU is projected to be one of the most competitive matchups of the bowl season. Who do think will win this must-see game between one of the nation’s best rushing offenses battling one of the stingiest defenses

Correctly pick this year’s Valero Alamo Bowl Champion to win a coupon valid for a Grand Slam breakfast with a drink purchase. Predict the correct score at the end of all four quarters for your chance to win the $25,000 grand prize. If no one guesses the correct scores, the person who is the closest will win Grand Slams for a Year courtesy of Denny’s.

The contest closes at Noon on Thursday, December 28.  One entry per person and you once you select your scores you can’t change you picks.