Double the College Football Action in the Alamo City

Lace up your cleats, fasten those chinstraps, and get in the game San Antonio! College football is set to kick off in less than three weeks, and that means the Notre Dame Shamrock Series and Valero Alamo Bowl are right around the corner. Buy your two-game package now.

This is the second appearance in program history by the Fighting Irish in San Antonio as they take on the Army Black Knights on Veterans Day weekend. Head Coach Brian Kelly and his Fighting Irish are ranked #9 in the Amway Pre-Season Coaches Poll and look to maintain their perfect record in their one of-a-kind Shamrock Series “home-away-from-home” game. This year’s game is set for Saturday, November 12 at 2:30 p.m. CST.

A San Antonio tradition, the Valero Alamo Bowl is back for its 24th year as we prepare for an exciting season for the Pac-12 and Big 12 conferences. Last year, the Valero Alamo Bowl hosted a pair of Top 15 teams for the second consecutive year, as the TCU Horned Frogs leaped over the Oregon Ducks in a triple overtime thriller! Make sure to circle Thursday, December 29 at 8:00 p.m. CST on your calendar for another unforgettable battle in the Valero Alamo Bowl.

Now is the time to take advantage of this action-packed college football double-header and grab your two-game ticket package! When you take advantage of this unique offer, you give yourself access to the best seat locations and prices available. So don’t wait, get your two game packages today! Call 210-704-6666. Or click here! 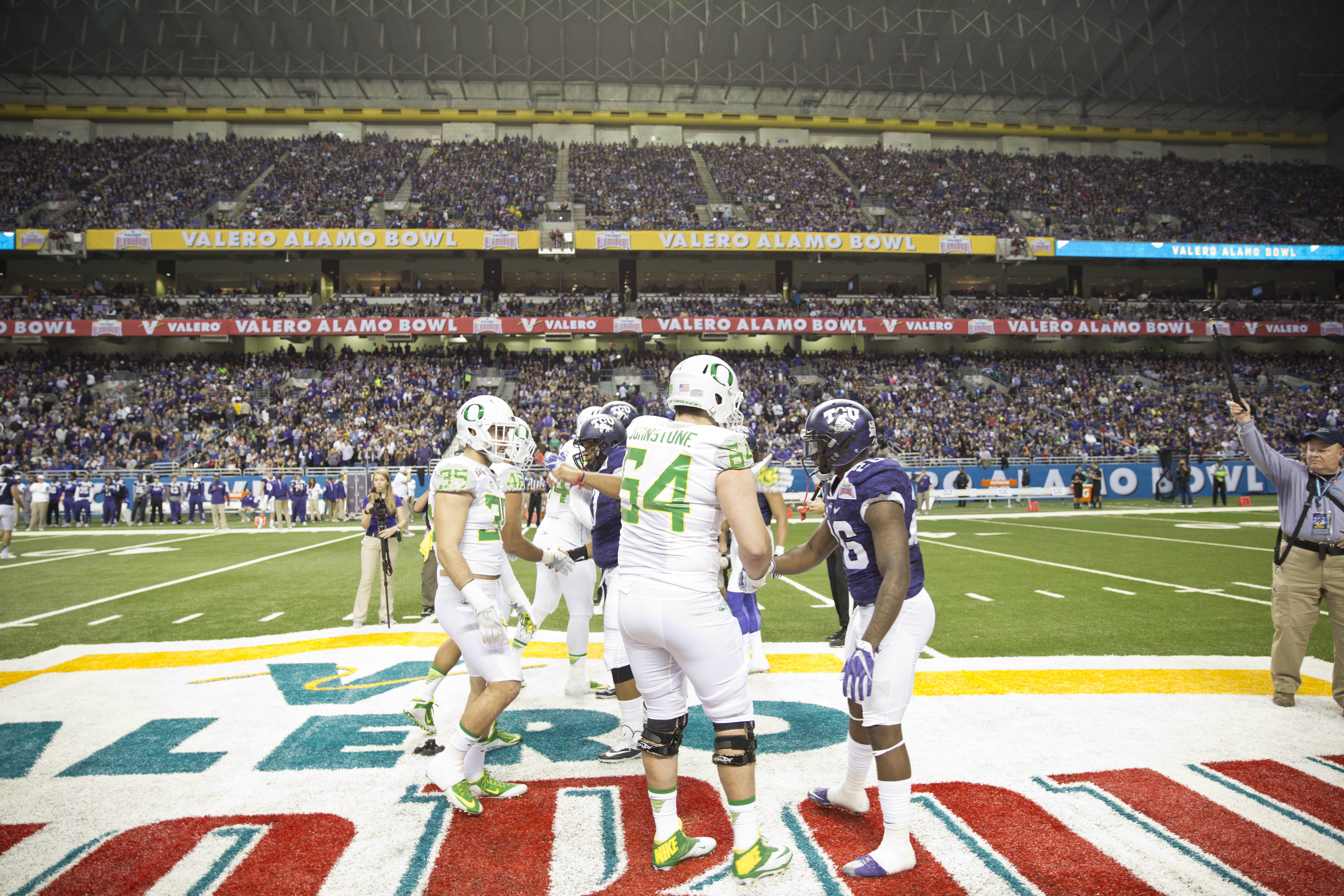