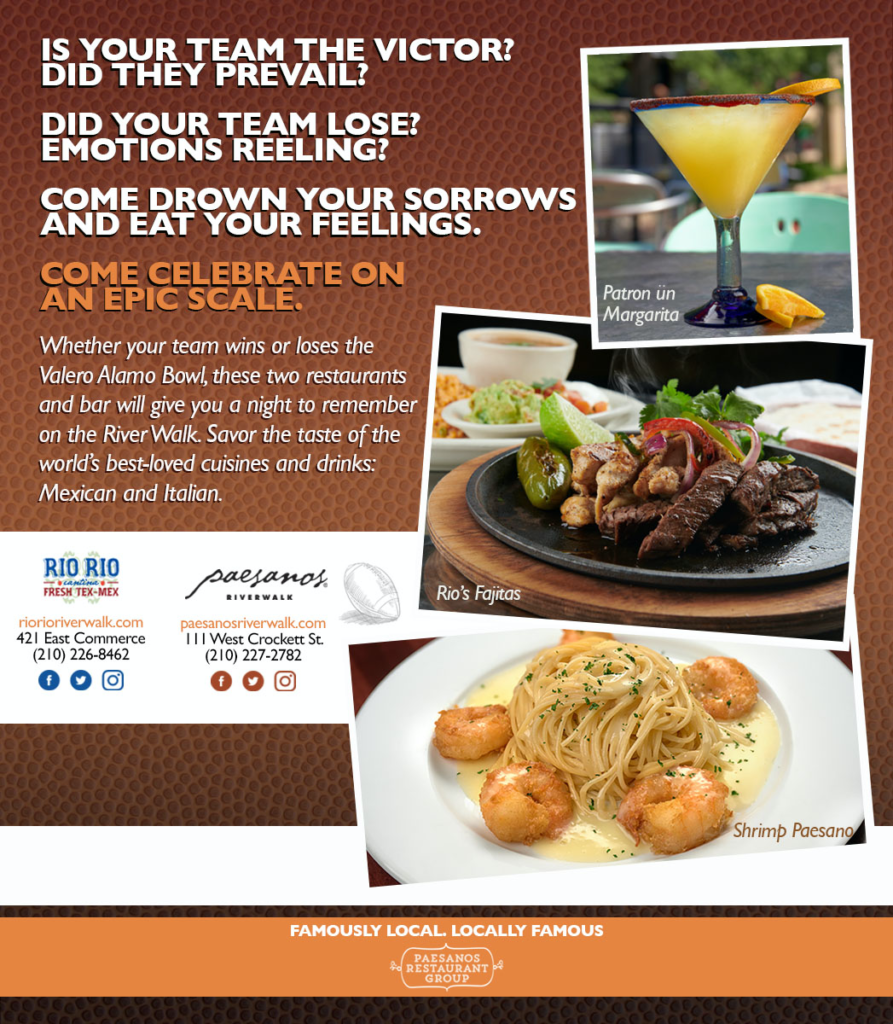 WHO KNEW 50 YEARS AGO that the famous Tower of the Americas would not be the only San Antonio landmark to arise from HemisFair ’68? At that great World Expo, Joe Cosniac came to sell Belgian waffles. He also met another ambitious young man named Nick Pacelli.

After the Fair concluded, the two budding entrepreneurs decided to open an Italian restaurant in a former barbershop on McCullough Avenue, near downtown San Antonio. “It was just a box,” recalls Joe.

That “box” was Paesanos, and it was a neighborhood joint, a family bistro and social club. It quickly developed a reputation for exceptional food — its signature, buttery Shrimp Paesano dish was a long way from HemisFair waffles — as well as impeccable service. Dining there was a true experience: an owner who remembered your name, a social place where everyone could share a meal.

After opening the first Paesanos in February 1969, Cosniac expanded his restaurant group across the state and the country, but he has always considered San Antonio home. Paesanos is as much a part of San Antonio’s history as the Alamo.

With that history comes tremendous responsibility. The longer you’re around as an establishment, the longer you must protect and bolster your reputation for food and service, ambience and attention to detail, cherishing long-standing customers while winning over new ones. As owner Joseph Cosniac puts it, “Keeping it simple and making the customer our priority is the key to Paesanos’ popularity. Everyone who comes in the door is important to us.”