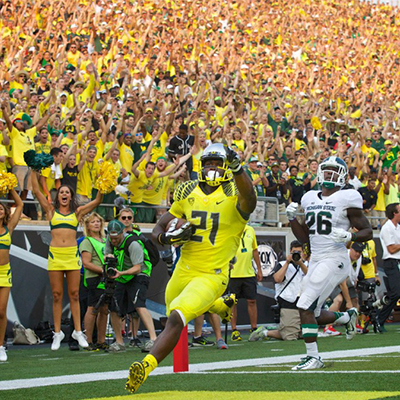 If your New Year’s resolution is to watch incredible college football, you’ll be a happy camper come January 2 with this year’s Valero Alamo Bowl.

The national media consensus for the match-up of #15 Oregon (9-3) and #11 TCU (10-2) is “Must See TDs.” This is the second consecutive year the Valero Alamo Bowl has featured two Top-15 teams, with both teams having a strong chance of cracking the Top 10 by season’s end with a win in San Antonio.

With two of America’s most exciting and versatile teams facing off inside the Alamodome, the Valero Alamo Bowl promises to be one of the most exciting bowl games of the year.

What Others Are Saying

About The Head Coaches