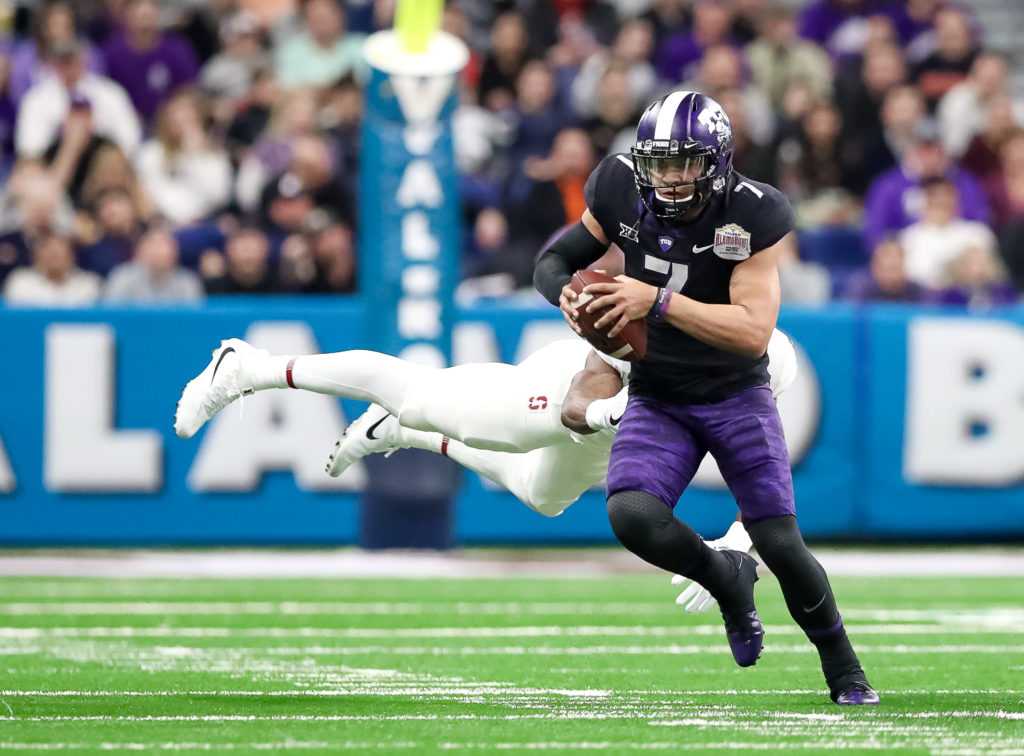 The Horned Frogs now hold the first and second largest comebacks in Valero Alamo Bowl history, overcoming a 21-3 first-half deficit this year against Stanford and a 31-point deficit at halftime against Oregon two years ago in a thrilling triple overtime win.

Stanford controlled the ball in the first half, including a 15-yard run from running back and Heisman finalist Bryce Love in the first quarter and two touchdown passes from quarterback KJ Costello to wide receiver J.J. Arcega-Whiteside to take a 21-3 lead at the half.

TCU stormed back in the second half behind big plays from quarterback Kenny Hill, who won Valero Alamo Bowl offensive MVP honors, and a 76-yard punt return from receiver Desmon White, which broke a Valero Alamo Bowl record.

Stanford’s Bryce Love rushed for 145 yards and had a 69-yard touchdown run in the third quarter, while Costello and Arcega-Whiteside connected for a third touchdown pass in the fourth quarter giving Stanford a 37-36 lead with 6:42 on the clock.

Here’s a sampling of what people had to say about this year’s Valero Alamo Bowl: 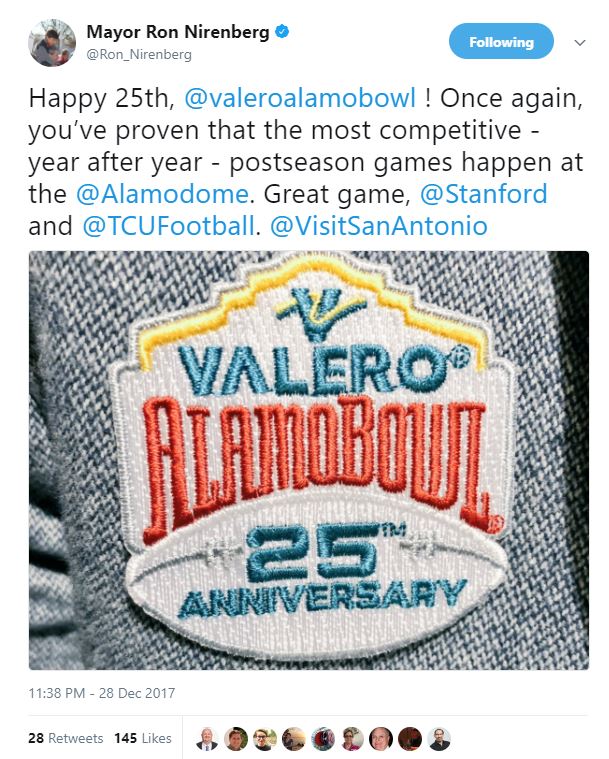 Mark Ross of Athlon Sports & Life and Matt Brown from Sports on Earth ranked this year’s game as the #5 best bowl game of the season.

TCU finished the 2018 season ranked at No. 9 in the final AP College Football rankings, which is the fifth straight Valero Alamo Bowl winner to finish inside the Top 10 by season’s end.