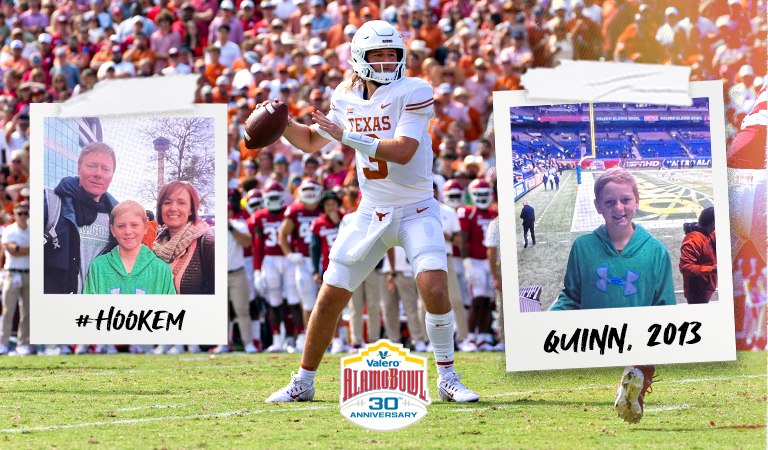 How the Valero Alamo Bowl became a holiday tradition

Sociologists will tell you the three things necessary to make something a tradition are a respect of the past, large numbers of participants, and the passing of the activity from one generation to another.

When our organization was created in 1992 prior to the completion of the Alamodome, there were plenty of naysayers questioning why anyone would care about a bottom rung bowl game and who would visit San Antonio during the holidays. They had a point.

Our game would start ranked #19 out of 19 bowl games in terms of team payout. Additionally, Christmas to New Year’s was one of San Antonio’s slowest weeks of tourism the entire year prompting the city to use that time to drain the River Walk for annual repairs.

Even though our first game featured two unranked teams in Cal and Iowa, we saw the makings of something special. The game drew 45,716 fans who filled the River Walk and hotels with team colors. These out-of-town guests and the 2.4 million who watched on ESPN helped showcase what San Antonio had to offer as a holiday destination and host city for major events.

Now, let’s fast forward to this year’s game between #12 Washington and #20 Texas, our 7th Top 20 matchup in the last 9 years. Over 60,000 fans will come to the Alamodome while another five million viewers are expected to tune into ESPN. Downtown hotels are nearing capacity with room rates no one could have imagined 30 years ago.

After paying each team playing in the 1993 Builders Square Alamo Bowl $720,000, the 2022 Valero Alamo Bowl combined team payout to the Big 12 and Pac-12 conferences will be $8.8 million. The higher payouts has been money well spent as it delivers higher profile teams to San Antonio translating into greater recognition, impact on the hospitality industry, and economic vibrancy for the city.

Our track record of capacity crowds and support from partners like Valero, who has been a sponsor of the Bowl since its inception and title sponsor since 2007, has fueled the growth of our game and subsequently our community outreach.

We started a scholarship program that awarded 26 students $2,000 each in 2000. Today, the Valero Alamo Bowl has the largest local scholarship giving among all 43 bowl games.

At this year’s game, we will recognize a record 188 students representing every participating San Antonio area high school and university. This will be the fifth straight year the Bowl has passed the $1 million mark in scholarship awards including our attendance restricted game in 2020.

While I’ve heard many stories about meaningful family memories made at Valero Alamo Bowls, there is one special to this year.

Longtime Valero Alamo Bowl ticket buyers Lowell and Tina Tucker annually gave their tickets to their grandson Quinn as a Christmas gift.  This year, Quinn doesn’t need a ticket as he will be starting quarterback for the Texas Longhorns.

Mrs. Tucker told our ticket office “we had hoped Quinn would go from attending the Valero Alamo Bowl to playing in one.”

But we all know it took a whole community working together to make the Valero Alamo Bowl what it is today, San Antonio’s holiday tradition.

A retired Vice Chair of Ernst & Young LLP, Randy Cain also served as Chair of the 2012 Valero Alamo Bowl thus leading the Bowl’s volunteer Board during their 20th and 30th anniversary seasons.