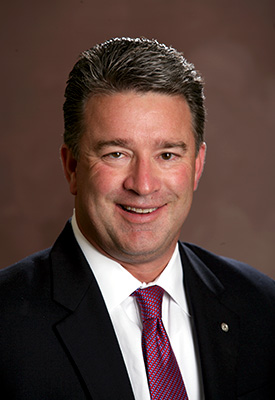 Clay Jett has been selected to succeed Brad Barron as chair of the organization’s Board of Directors.  Jett is Regional Chairman of Spirit of Texas Bank, a Texas-based commercial bank that has 40 locations in the Houston, Dallas/Fort Worth, Bryan/College Station, San Antonio-New Braunfels, Corpus Christi and Tyler metropolitan areas. He has been a Valero Alamo Bowl board member since 2010 and was chair-elect for the 2019 game.

“I am honored to have been named chairman of this year’s Valero Alamo Bowl,” said Jett. “This will be a challenging year given the battle our nation, state and city are experiencing with the COVID-19 pandemic. However, our organization looks forward to being an integral part of the economic recovery and impact to our city and to further help bring our community together.”

In addition to his volunteer role with the non-profit Valero Alamo Bowl, Jett also serves as a Director for the San Antonio Livestock & Exposition and the Texas Business Hall of Fame and various not-for-profit committees primarily engaged to support much needed services to the San Antonio and South Texas residents including Christy’s Hope for Battered Women and Children and UTSA24.

He earned his BBA from the University of Texas at Arlington with concentrations in Finance and Economics.

“Clay Jett is a tireless fundraiser whose served in leadership roles on the Valero Alamo Bowl’s Team Selection, Finance & Audit, Compensation and Hospitality committees and throughout San Antonio with his varied civic and business endeavors,” said Derrick Fox, president and CEO of the Valero Alamo Bowl. “We are delighted to welcome him as our Chairman and know he will help us navigate these uncharted waters to the benefit of our organization and community.”

The other officers for 2020 include:

The game date for the 2020 Valero Alamo Bowl will be announced this summer. Tickets will go on sale at the start of the college football season, but interested buyers can join the Priority Wait List at www.alamobowl.com.

The first event on this year’s event calendar is the Rudy’s Bar-B-Q Pigskin Preview on August 27 at the Alamodome.

The organization has produced 27 bowl games and served as the local host for 11 neutral site games. These 27 Alamo Bowl games have combined to deliver over $950 million in total economic impact to San Antonio, 148 million viewers, 1.62 million attendees to the Alamodome and $128 million to higher education through team payouts ($122 million) and local scholarships ($6 million).