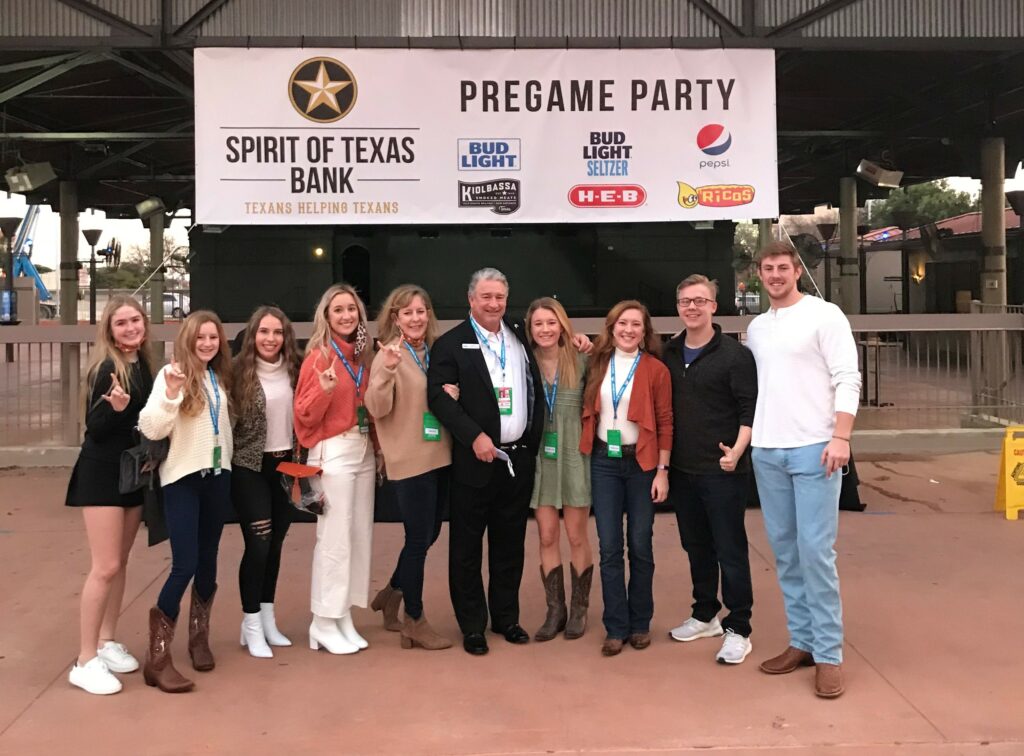 Clay Jett will return as Chair of the organization’s Board of Directors.  Jett is Regional Chairman of Spirit of Texas Bank, a Texas-based commercial bank that has 38 locations in the Houston, Dallas/Fort Worth, Bryan/College Station, San Antonio-Austin, Corpus Christi and Tyler metropolitan areas.

He has been a Valero Alamo Bowl board member since 2010 and served as chair for the 2020 game.

“I am ecstatic to have the opportunity to again serve as Valero Alamo Bowl Chairman,” said Jett. “While 2020 was a challenging year, I’m incredibly proud how our organization safely hosted a game that showcased our city to millions of viewers across the nation on ESPN. With the help of our loyal partners like Valero, we also awarded the largest number of local scholarships in our history and tops among all the bowls in 2020.”

In addition to his volunteer role with the non-profit Valero Alamo Bowl, Jett also serves as a Director for the San Antonio Livestock & Exposition and the Texas Business Hall of Fame and various not-for-profit committees primarily engaged to support much needed services to the San Antonio and South Texas residents including Christy’s Hope for Battered Women and Children and UTSA24.

“Clay’s leadership was instrumental in helping us navigate uncharted waters to the benefit of our organization and community,” said Derrick Fox, president and CEO of the Valero Alamo Bowl. “We are delighted to have him return as our Chair as we optimistically plan our normal Bowl Week that drives visitation for our local hospitality and tourism partners.”

The other officers for 2020 include:

The Valero Alamo Bowl also announced the addition of Robert Henry, Jeff Rummel and Erik Walsh to their Board of Directors. Henry is a partner at Weaver, Rummel is office managing partner at EY and Walsh is the City Manager of San Antonio.

The game date for the 2021 Valero Alamo Bowl is scheduled to be announced by the end of May. Tickets will go on sale this summer but interested buyers can join the Priority Wait List at www.alamobowl.com.

The first event on the Bowl’s calendar for 2021 is the Rudy’s Bar-B-Q Pigskin Preview on the football field at the Alamodome on September 8.

The organization has produced 28 bowl games and served as the local host for 11 neutral site games. These 28 Alamo Bowl games have combined to deliver over $953 million in total economic impact to San Antonio, 151 million viewers, 1.63 million attendees to the Alamodome and $132 million to higher education through team payouts ($125 million) and local scholarships ($7 million).

After paying each team $720,000 to play in the inaugural Builders Square Alamo Bowl in 1993, the Valero Alamo Bowl’s combined team payout to the Big 12 and Pac-12 conferences will be $9.2 million in 2021. To get up-to-the-minute information, follow the Valero Alamo Bowl on Twitter, Facebook and Instagram (@valeroalamobowl) or visit https://alamobowl.com/about/community-outreach/