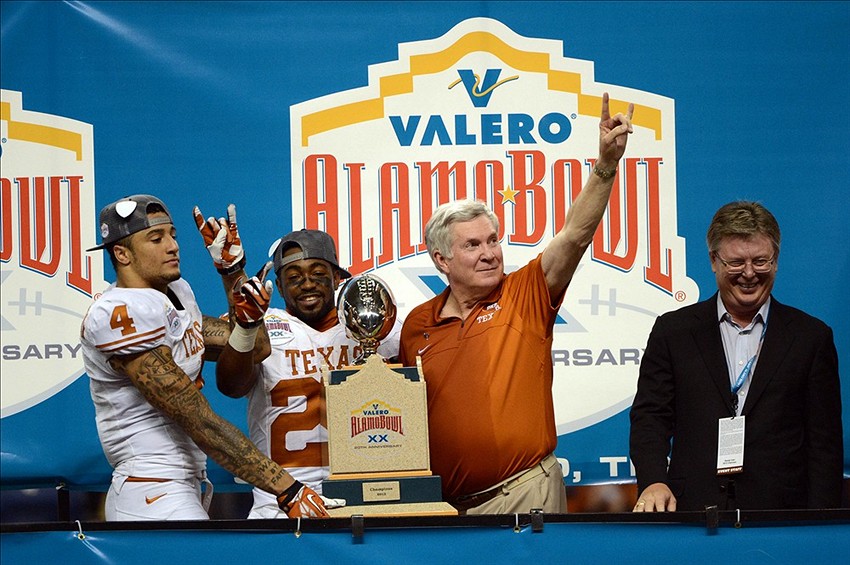 The Rudy’s Bar-B-Q Pigskin Preview on Thursday, August 28, marks the official kickoff of the 2014 college football season in San Antonio.

A crowd of more than 700 football fans is expected at the Alamodome. In addition to video previews of the Pac-12 and Big 12 conference football seasons, guests will also be treated to a panel discussion led by ESPN college football analyst Mack Brown.

Brown spent the last 16 years as the head coach at Texas where he compiled a 158-48 overall record, including two Big 12 Conference championships, two National Coach of the Year awards and one BCS national championship in 2005.

Prior to his time with the Longhorns, Brown served as the head coach at Appalachian State, Tulane and North Carolina. In 10 seasons at North Carolina, Brown won 69 games and made five straight bowl appearances from 1992-1996. Over the course of his career, Brown has accumulated a 238-117 overall record.

This season Brown will appear on College Football Countdown (3 p.m. ET) and provide pre-game, halftime and post-game analysis for every ABC game telecast, including the popular Saturday Night Football series. He will be joined by returning host John Saunders and ESPN game and studio analyst Danny Kanell.
Before and after the luncheon, guests dressed in their business attire will test their kicking and passing skills in contests spread across the Alamodome turf to win prizes.