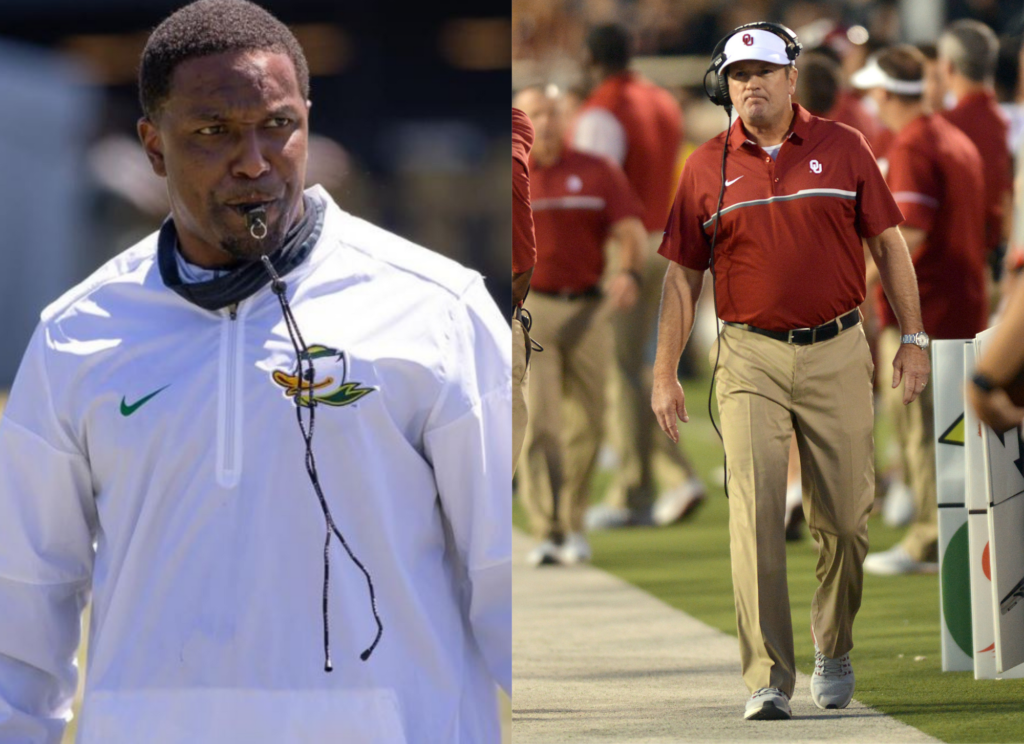 Prior to elevating its status in the postseason landscape in 2014, the Valero Alamo Bowl hosted three games with interim head coaches:

2009 Texas Tech’s Ruffin McNeil replaced Mike Leach and led the Red Raiders to a 41-31 victory over Michigan State. The come-from-behind win is still the most watched game in Valero Alamo Bowl history.

This year’s Valero Alamo Bowl will feature two interim head coaches with Bob Stoops stepping in to coach the Sooners and Bryan McClendon at the helm for the Ducks.

Stoops is stepping in for Lincoln Riley who took the head coach opening at USC. Ironically, Riley was promoted to interim offensive coordinator in the 2009 Valero Alamo Bowl with Leach’s departure before following McNeil to East Carolina and going to Oklahoma.

Oregon head coach Mario Cristobal zoomed into the Bowl’s team announcement press conference on Sunday, December 5, but left for the University of Miami head coach opening the next day.

In his place for the Valero Alamo Bowl will be interim head coach Bryan McClendon, who served as the Ducks passing game coordinator and wide receivers coach.

Oregon hired Georgia defensive coordinator Dan Lanning to lead the team next season. Lanning traveled to Eugene, Oregon to tour his new facilities this week and officially be recognized as the new head coach but will coach Georgia to finish out the season as the Bulldogs try to win a national title.

While this is the first Valero Alamo Bowl appearance for Oklahoma, it is the third for Oregon and the third match-up against a Hall of Fame caliber head coach.

Now, the Ducks line up against Hall of Famer Stoops on December 29 for one of the most anticipated matchups of bowl season.