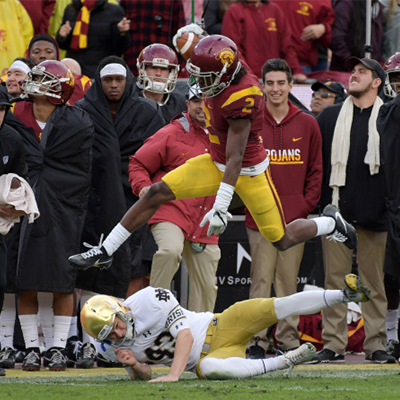 Only four days until the Valero Alamo Bowl announces the two teams that will compete in San Antonio on Dec. 29. With the bulk of the regular college football season over, it’s looking like the Valero Alamo Bowl will host another Top 15 matchup. Good news for teams in the mix, this year should be the fourth straight year the winning team will be ranked in the Top 10 of the final polls.

Based on this week’s bowl projections, #10 Oklahoma State and #16 West Virginia are the Big 12 media favorites to head to San Antonio, while the media is torn between #8 Colorado and #11 USC to represent the Pac-12 in this year’s Valero Alamo Bowl.

What needs to happen for … to come to the Valero Alamo Bowl:

#9 Oklahoma: Loss to Oklahoma State in Bedlam on Saturday.

#10 Oklahoma State: Loss to Oklahoma in Bedlam on Saturday.

#16 West Virginia: If the Big 12 Champion is slotted into the CFP Top 4, the loser of Bedlam would get the Allstate Sugar Bowl bid, followed by West Virginia as the next highest ranked Big 12 team with the Valero Alamo Bowl spot.

What needs to happen for … to come to the Valero Alamo Bowl:

#4 Washington: A loss in the Pac-12 title game, coupled with the Pac-12 champion being left out of the CFP Playoffs, would result in Colorado getting the Rose Bowl bid followed by Washington as the possible Valero Alamo Bowl contender.

#8 Colorado: A loss in the Pac-12 title game and dropping behind USC in the final CFP rankings would bring the Buffs to the Valero Alamo Bowl.

#11 USC: USC will come to San Antonio if they are ranked behind the Pac-12 runner-up in the final rankings.

*Editor’s Note: These are not the only scenarios, it is possible the results of games on Friday and Saturday can cause absolute chaos and render these projections moot.