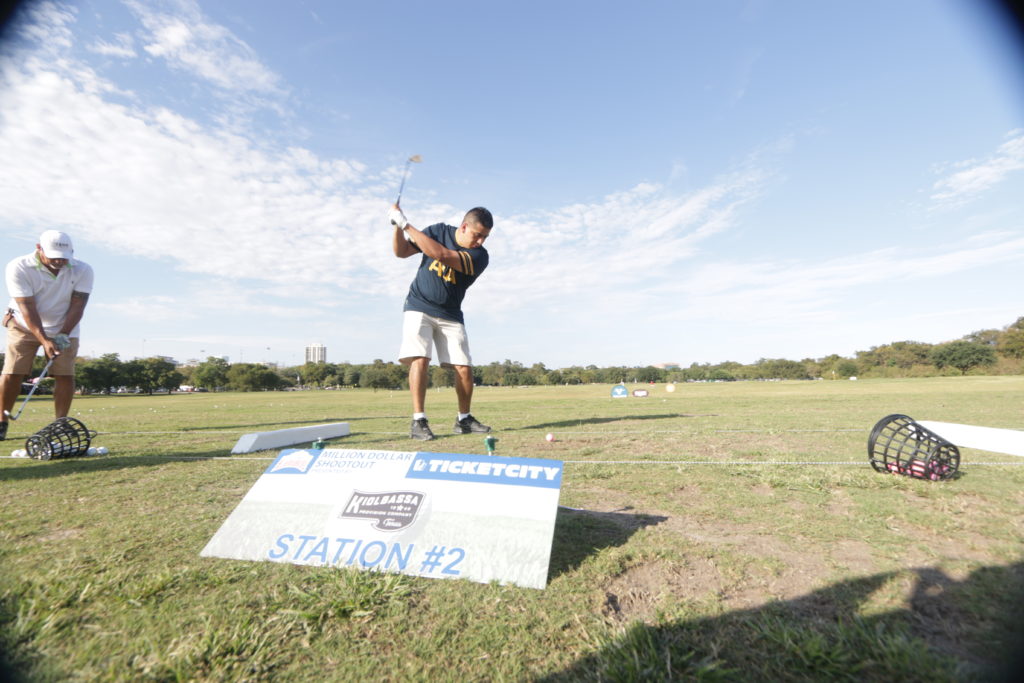 The weather in San Antonio has been cold and rainy over the past few days, but that hasn’t kept the golf crowd away from tour Million Dollar Shootout presented by TicketCity. Wednesday marks the start of the second half of the event, which will conclude on October 21.

Over the past six days, over 1,000 competitors have made their way out to the Polo Field Golf Center, Home of the First Tee of Greater San Antonio, for their chance to qualify for the $1 million finals. Thirty minutes into the event, Jose Martinez made a hole-in-one and earned his spot in the finals – since then the competition has sunk multiple aces.

The event benefits the Valero Alamo Bowl scholarship fund, which will award $1 million this year to local students, more than any other bowl game in the country. Proceeds also go to the First Tee of San Antonio, an organization that strives to introduce youth to the game of golf and teach lessons that can be used on and off the course.

Each day the top two shots will qualify for the million dollar finals!

To purchase tickets stop by our table at the Polo Field Golf Center and bring a friend to make sure you get 2-for-1 shots!

You can win tons of great prizes from different restaurants and businesses, in addition to awesome raffles prizes including an Apple Watch on 10/18!

Don’t miss your chance at $1 million and come out today to win awesome prizes and try and qualify for the finals!