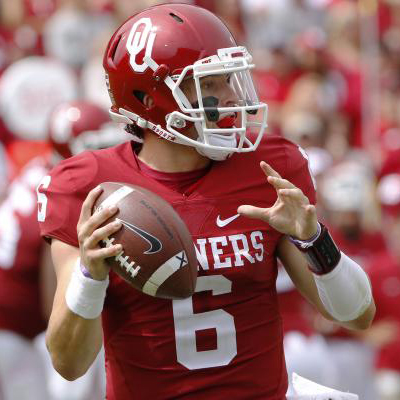 There’s less than a week until college football returns, and the preseason polls are out! The Valero Alamo Bowl’s 25th Anniversary could be the fourth straight Top 15 matchup, so it doesn’t hurt to take a look at who’s ranked at the beginning of the season.

In the AP Top 25 poll released earlier this week, there were a combined nine teams from the Big 12 and Pac-12. USC leads the pack ranked at No. 4 behind Alabama, Ohio State, and Florida State. No. 7 Oklahoma leads the Big 12, while Washington (8th) and Oklahoma State (10th) round out the Top 10.

The USA Today Coaches Poll released on August 3rd had similar rankings, placing five teams from the Big 12 (Oklahoma, Oklahoma State, Kansas State, West Virginia, and Texas) and four teams from the Pac-12 (USC, Washington, Stanford, and Utah) in the Top 25. Washington State, Colorado, and TCU placed in the Top 30.

The 2017 college football season kicks off Saturday, August 26th, with Oregon State taking on Colorado State at 1:30 pm CT and #14 Stanford against Rice in Sydney, Australia at 9 pm CT.