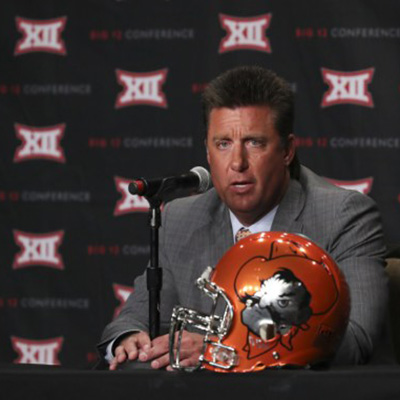 One Month Away From College Football

Are you missing college football? Not to worry: there’s only 31 days until the season starts up!

The action kicks off Saturday, August 26th, with Oregon State taking on Colorado State, followed by Stanford and Rice traveling Down Under to play in Sydney, Australia to open the season. The following weekend includes several marquee matchups including West Virginia vs. Virginia Tech, UCLA vs. Texas A&M and Florida State vs. Alabama.

With last week’s Big 12 Media Days in Frisco, Texas and Pac-12 Media Days beginning this week in Hollywood, California, predictions for the 2017-18 college football season are already rolling in, including bowl projections and how the media thinks Big 12 and Pac-12 teams will perform this year. Athlon Sports & Life and SB Nation are among the online sports publications that have started making projections on who we’ll see on the field throughout December and January bowl games.

ESPN’s Mark Schlabach released his projections of top-25 rankings in early May, which included:

Despite early predictions of Ohio State ranking first in the nation, nearly every publication has Alabama returning to the Championship Playoff Game. As for their opponent, sports writers varied on the Crimson Tide facing Ohio State, Florida State or USC.

But even with 39 bowl games to watch this winter, it’s never too early to keep an eye out for who will be playing in the Alamodome on Thursday, December 28th. Athlon Sports & Life and SB Nation slotted Stanford to take on the Texas Longhorns in the Valero Alamo Bowl’s 25th Anniversary game, while Sporting News picked Stanford to face off with Kansas State. 247 Sports is projecting Stanford to play West Virginia, while College Football News predicts Valero Alamo Bowl veterans Oklahoma State and Oregon to battle it out. No. 12 Oklahoma State beat No. 10 Colorado, 38 to 8, in last year’s Valero Alamo Bowl game.

It may be a little early to make predictions already, but it definitely isn’t too early to start getting hyped about another exciting Valero Alamo Bowl showdown.