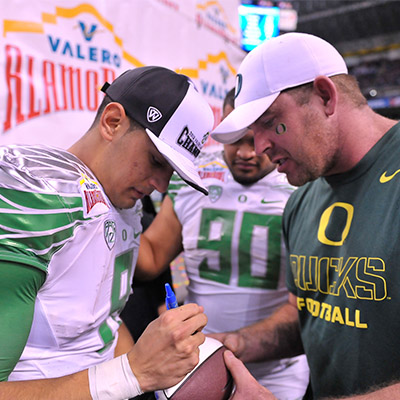 Congratulations to our Pick the Teams presented by Whataburger winner, Joey Herrington! Sixteen percent of all submitted projections predicted that Kansas State would represent the Big 12 in this year’s Valero Alamo Bowl, and 10 percent predicted UCLA to represent the Pac-12. Herrington was one out of only 4% who predicted the correct teams.

It was officially announced Sunday that #11 Kansas State and #14 UCLA will compete in this year’s Valero Alamo Bowl on Friday, January 2nd. This will be the first top 15 match-up in the 22 year history of the game.

Thank you to all who participated in our Pick the Teams contest presented by Whataburger, we hope to see everyone submit their picks again next year.