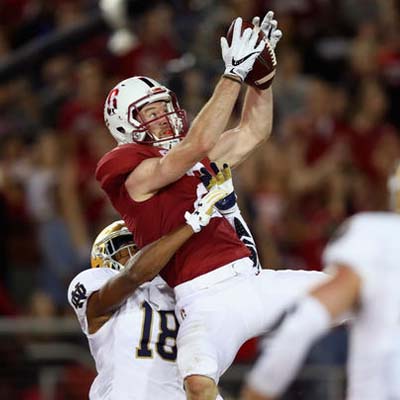 With the release of the final regular season CFP poll, the 25th Annual Valero Alamo Bowl is well-positioned to host its fourth straight Top 20 match-up.

In the Pac-12, here is our pool of teams: #10 USC, #12 Stanford, #13 Washington, and #18 Washington State. USC plays Stanford on Friday at 7 p.m. CST in the Pac-12 Championship with the winner earning a CFP slot, while the loser in most scenarios being available when the Valero Alamo Bowl picks. Washington finished their season with an impressive 41-14 Apple Cup victory over Washington State putting them on the cusp of a CFP at-large bid.

In the Big 12, our pool is #11 TCU and #19 Oklahoma State. TCU plays #3 Oklahoma this Saturday at 11:30 a.m. in the Big 12 Championship in Arlington. If TCU wins, both Oklahoma and TCU would earn CFP bowl berths and the Oklahoma State Cowboys and their high powered offense would make a return trip to San Antonio. If the Sooners win, TCU could still receive a CFP bid if they don’t fall in Sunday’s final poll. If they are outside the CFP, then the Valero Alamo Bowl would have a choice of TCU or Oklahoma State to match up against a highly ranked Pac-12 opponent.

This week’s final media projections are:

The semifinal matchups for the College Football Playoff will be announced at 11:30 am CST on ESPN followed by the full CFP Top 25 announcement at 1 pm CST.

Valero Alamo Bowl ticket prices increase Sunday so get your tickets today for what should be another exciting game filled with memorable moments at the Alamodome on Thursday, December 28. Purchase your tickets by clicking here or calling our Ticket Service Representative Chevy Cawlfield at 210-704-6387.