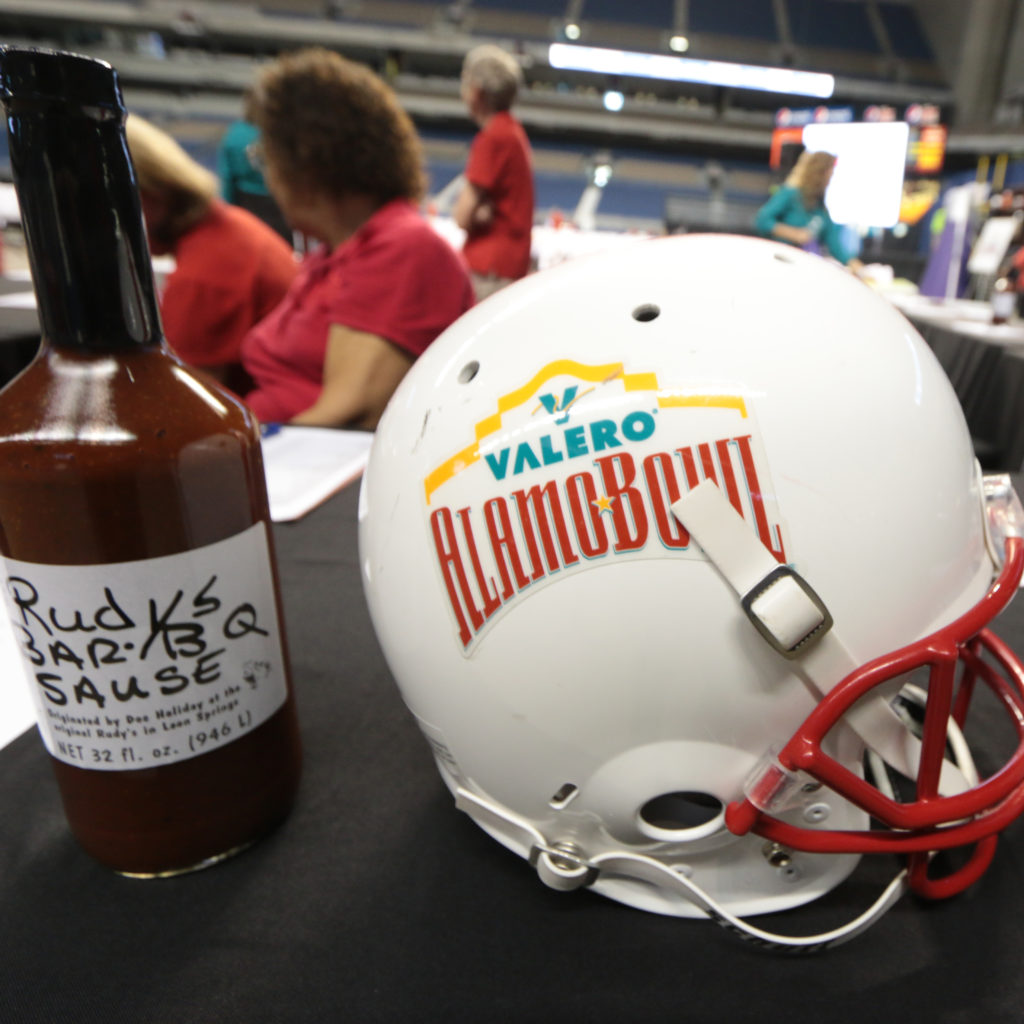 In three weeks the newly renovated Alamodome will be transformed into a football fans’ dream destination for our annual Rudy’s Bar-B-Q Pigskin Preview! Join us on the field for lunch, games and Big 12 and Pac-12 season previews.

Test your football skills at the event by attempting to kick a field goal or your vertical jump. You can also get ready to rock every tailgate this season by practicing your skills in our tailgate games of cornhole, ladder golf, fowling (football bowling) and giant yard pong!

Hang around after games for lunch from “The Original” Rudy’s Bar-B-Q and dessert from Tiff’s Treats! Along with games and food, we will have Big 12 and Pac-12 hype videos pumping you up for the football season that lies ahead. Attendees will receive a commemorative 25th Anniversary t-shirt and the opportunity to win raffle prizes, including a sports pack with a Yeti cooler and 2016 Valero Alamo Bowl game souvenirs, the Ultimate Valero Alamo Bowl Experience package, or a trip to Miami flying on American Airlines.

Joining us to share his thoughts and insights on the upcoming season, will be Dusty Dvoracek. A first team All-Big 12 defensive tackle for the Sooners, Dvoracek was also a two-time team captain and Big 12 champion. Dvoracek went on to be drafted by the Chicago Bears in the third round of the 2006 NFL Draft. After playing in the NFL from 2006-2009, Dvoracek joined the Omaha Nighthawks of the United Football League for two seasons. Dvoracek joined ESPN in 2016 and will be the analyst on their Friday night telecasts this season.

You’ll walk away from this event pumped up and ready to paint your face for the next college football game on the schedule!