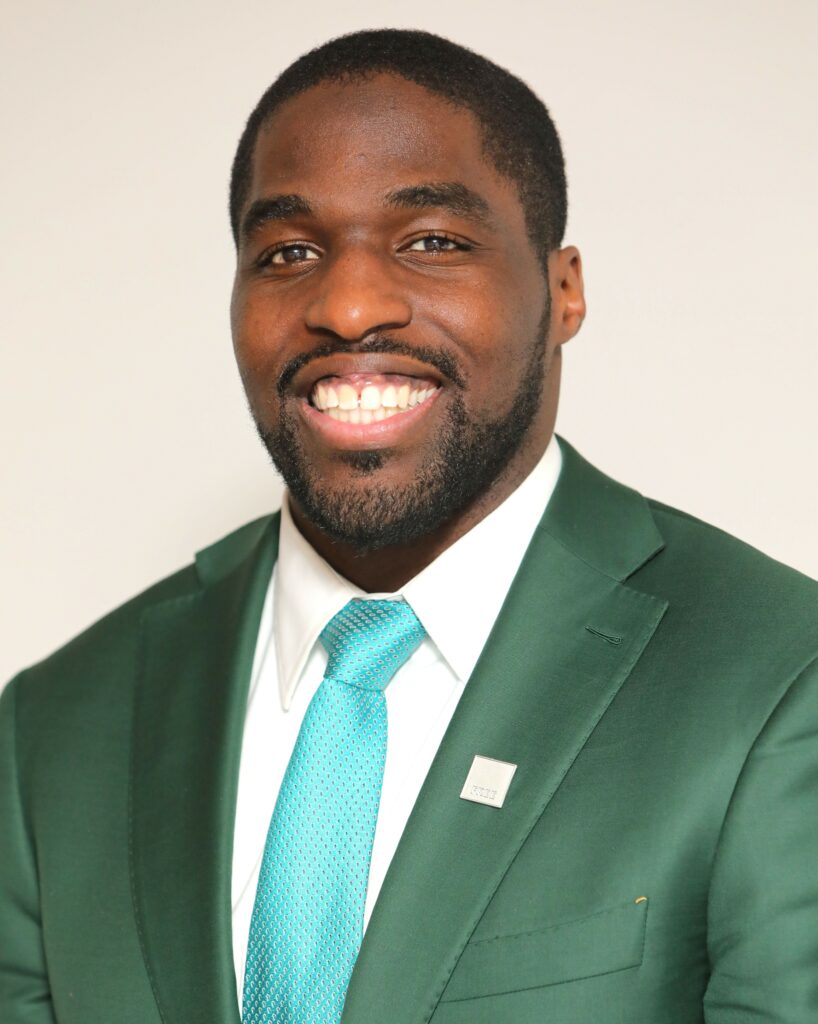 Former NFL linebacker Sam Acho is an author, a public speaker, a humanitarian, a football analyst for ESPN and a committed Christian. He’s also currently an ambassador for the International Justice Mission.

Sam played college football at the University of Texas where he received the William V. Campbell Trophy for being college football’s top scholar-athlete. He also won the NCAA Top VIII award, recognizing the top eight student-athletes in all of sports. Named the 2010 Male Big 12 Sportsperson of the Year, Sam was drafted by the Arizona Cardinals in 2011 and played four seasons as a linebacker with the team before signing with the Chicago Bears before the 2015-16 season.

In 2016 and 2017, Sam was the Bears’ nominee for the Walter Payton NFL Man of the Year Award, the league’s only award that recognizes both civic and professional contributions. He served on the leadership committee for both the Arizona Cardinals and the Chicago Bears. He is also a Vice President of the NFL Players Association, an organization in which he has served since his 2nd year in the NFL.

Having grown up in Dallas with parents who emphasized scholastic achievement, Sam was named by Sporting News as one of the 20 smartest athletes in all of sports.

He received his MBA in 2015 at the Thunderbird School of Global Management, the #1 ranked International MBA program in the world.

Every year he joins his family on medical mission trips to Nigeria. He recently built a hospital there through Living Hope Christian Ministries, an organization in which he serves as Vice President.

Sam is the founder and president of Athletes for Justice, an organization that exists to unite professional athletes and everyday athletes together to fight injustices around the world. He has also been featured in Super Bowl commercials highlighting his social justice efforts in the city of Chicago.

Sam has spent time with organizations such as International Justice Mission, the American Diabetes Association and the Clinton Global Initiative, lobbying Congress to change laws as it relates to justice related issues both inside and outside of the USA. He hosts The Home Team Podcast and is a frequent guest on ESPN.

As a public speaker, he enjoys opportunities to encourage and inspire others to fulfill their calling by following Christ and serving others. He speaks at churches, concerts, colleges and companies all around the world.

In his first book, Let the World See You: How to Be Real in a World Full of Fakes, Sam shares lessons from his own life as well as stories from others to reveal how you can overcome your fears and discover your true selves.

On September 16, 2022, Sam and Kevin Durant will lead 11 former Texas athletes that will inducted into the Texas Athletics Hall of Honor.