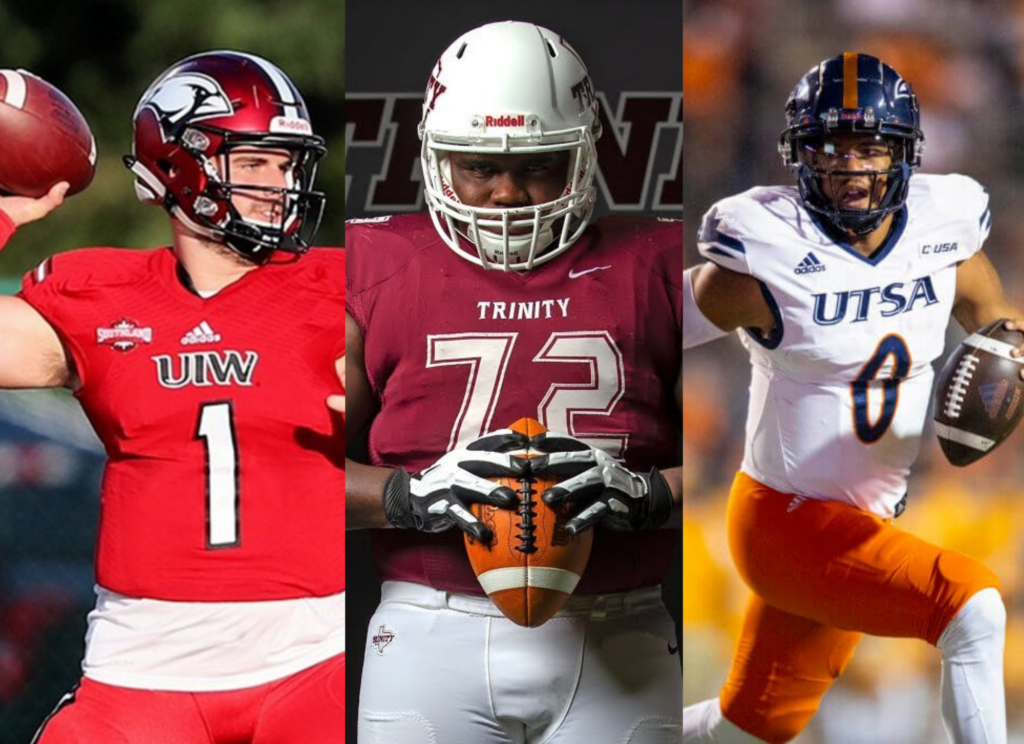 Is there a city in America that can beat the football prowess of the San Antonio universities this season?

The Triangle of Toughness is UTSA’s 2021 football motto and it also applies to the difficulty all the visiting teams had to endure in their games against the Roadrunners, University of the Incarnate Word and Trinity University. Amazingly, these three programs are all undefeated at home.

UTSA
The Roadrunners have made themselves nationally known with a perfect 10-0 record. Having never appeared in any polls, the college football world has been ranked most of the season in the Coaches and AP polls and has started to climb the CFP poll as well currently residing at #22.

The Roadrunners will be playing their final home game of the season against the UAB Blazers for the C-USA West Division Crown this Saturday at 2:30 pm, so let’s fill the Dome! Get your tickets here.

To keep the program moving the right direction, team signed Head Coach Jeff Traylor to a 10-year extension and will make the transition from Conference USA to the American Athletic Conference in 2023.

Trinity University
The #14 ranked Tigers are undefeated and are entering the NCAA Playoffs second in the nation in total defense and ninth in Division III in scoring defense this season. Offensively, the Tigers are fifth in the country in pass efficiency and sixth in completion.

This will be the first time that the Tigers head to the playoffs under Head Coach Jerheme Urban, a former star wide receiver for the Tigers and in the NFL.

They will be facing #2 Mary Hardin-Baylor in Belton this Saturday at noon. That game can be viewed here.

Under the direction of Head Coach Eric Morris, the Cardinals have also had an electric 8-2 season that has led to change. UIW recently announced that they will be leaving the Southland Conference and joining the Western Athletic Conference (WAC) in July 2022.

Last weekend’s 27-23 victory against Nicholls State keep the Cardinals’ dream of post-season play alive as the team hits the road to play Houston Baptist this Saturday at 2 pm.