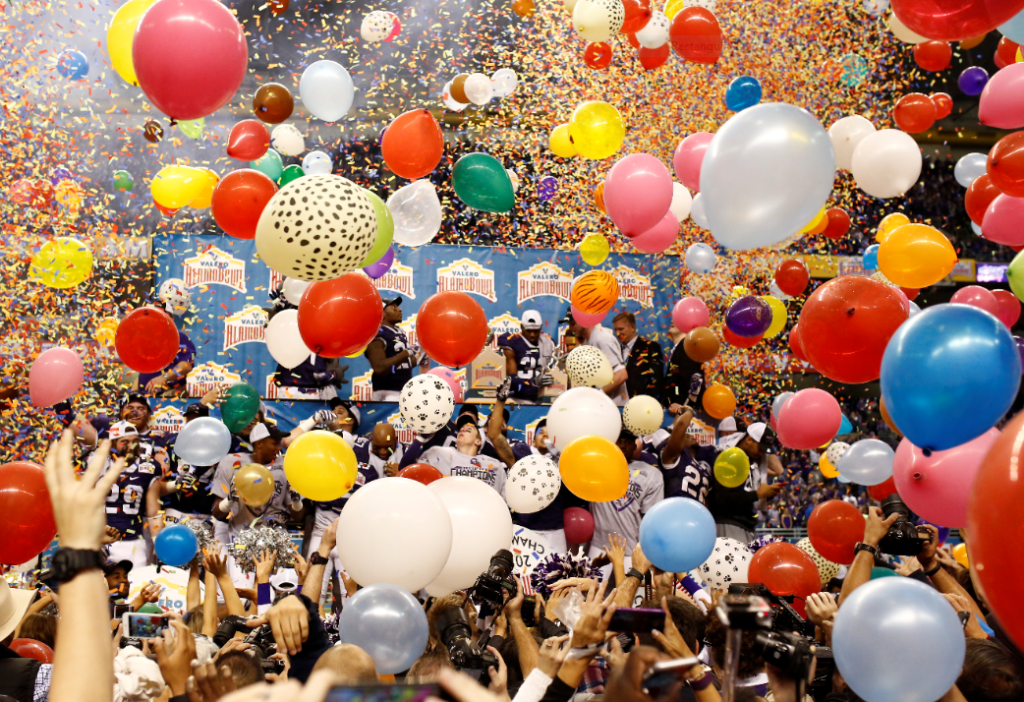 In a normal year, a bowl trip is a once-in-a-lifetime experience for players to spend 4-5 days in a city they might not get a chance to visit again with a team they might not ever play with again.

While this year was unlike any other, we should celebrate the fact there was exciting college football this Fall and give a standing ovation to everyone who contributed to make this happen in such a safe way.

That being said, it’s understandable that after a long, hard season many teams have voted not to participate in the post-season.

This year a bowl trip will look a lot like a regular season road game with teams sequestered in hotels unable to fully take advantage of each host city’s amenities and enjoy the pageantry that makes Bowl Week so special.

That being said, the Valero Alamo Bowl is ready give two deserving teams as memorable of a time as protocols allow and showcase their programs to 6+ million tuning into ESPN on December 29 at 8 p.m.

So who will be coming to San Antonio next week?

In the Pac-12, Oregon won their championship game and will be the conference’s representative in the CFP.

#25 Colorado completed their season with a 4-1 record. Colorado Head Coach Karl Dorrell and his team should be available for a third trip to the Valero Alamo Bowl.

In the 2016 Valero Alamo Bowl, the #10 ranked Colorado lost to #12 Oklahoma State. Colorado’s other San Antonio appearance was a 31-28 overtime loss to Wisconsin in 2002 as a representative of the Big 12 Conference.

The 10 other Pac-12 schools have either decided not to play in the post-season or are not eligible by conference rules that required a .500 record or better.

Until Pac-12 Conference confirms Colorado is available and the Buffaloes accept our invitation, no announcement will be made.

In the Big 12 Conference, there are three teams still in the mix.

#6 Iowa State (8-3) lost 27-21 to Oklahoma in Big 12 Championship Game. Despite the loss, their #6 ranking prior to yesterday’s last second loss to a Top 10 team could keep them ranked high enough in today’s final CFP poll to earn an at-large bid to a New Year’s Six bowl.

For a point of reference, #5 Utah lost 37-15 to Oregon in the 2019 Pac-12 Championship. That dropped them to #11 in the final CFP poll making them available to play in last year’s Valero Alamo Bowl.

If they do not earn an at-large bid, the Cyclones will be available to play in the Valero Alamo Bowl. The Cyclones have only been to San Antonio once. In 2018, they lost 28-26 to Washington State.

These rights have allowed the Valero Alamo Bowl to select these matchups in the CFP era:

Our 2020 matchup is expected to be announced by 2 p.m. CST on Sunday, December 20. Then official invitations will be made via Zoom to the two participating head coaches during a 3 p.m. press conference. Interested persons can watch along on the Valero Alamo Bowl’s Facebook page.

Will Any of Last Week’s Media Projections Be Correct?