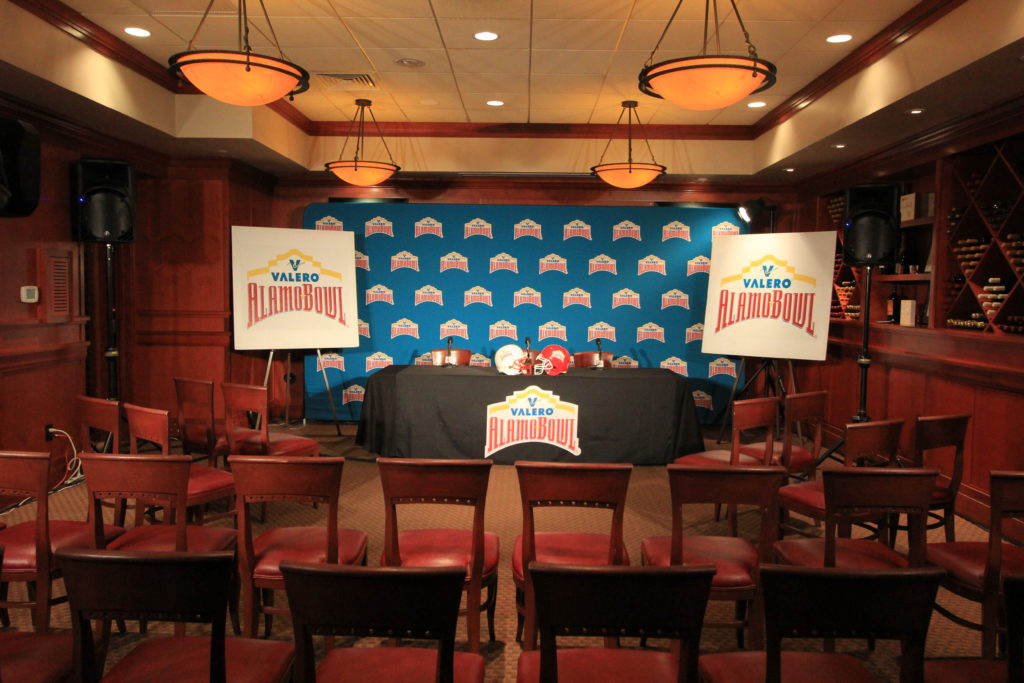 The final CFP poll will be released Sunday afternoon allowing the Valero Alamo Bowl to make its selection for the Friday, December 28 match-up.

Last night’s penultimate CFP poll did provide insight on who those participants could be.

This year is the fifth season that the Valero Alamo Bowl has the first pick in both the Big 12 and Pac-12 conferences after the six CFP bowls.

The official match-up should be announced on Sunday by 3 p.m. CST followed by a call with the head coaches of the participating teams at the Fleming’s Prime Steakhouse Team Announcement Party for bowl partner

For the best selection of tickets for a game that has delivered 10 fantastic finishes since 2005, buy your tickets today!