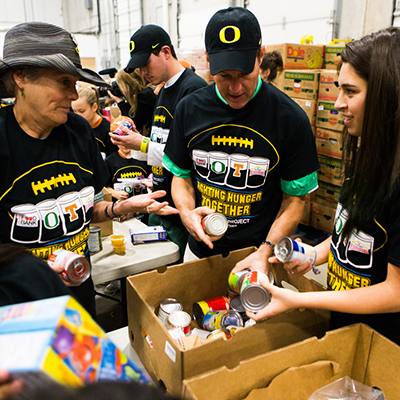 Are you ready for a fan food fight?

“This year’s must watch game will add to the Valero Alamo Bowl’s reputation for high scoring games that go down to the wire,” said Derrick Fox, Valero Alamo Bowl President and CEO. “Now with each point scored generous fans will be supporting the tremendous efforts of the San Antonio Food Bank.”

Fans can pledge to donate for every point scored by either TCU or Oregon in this year’s game. The team raising the most money will be crowned the Fight Hunger Champion! Visit the team pages below to learn more and make your pledge today! 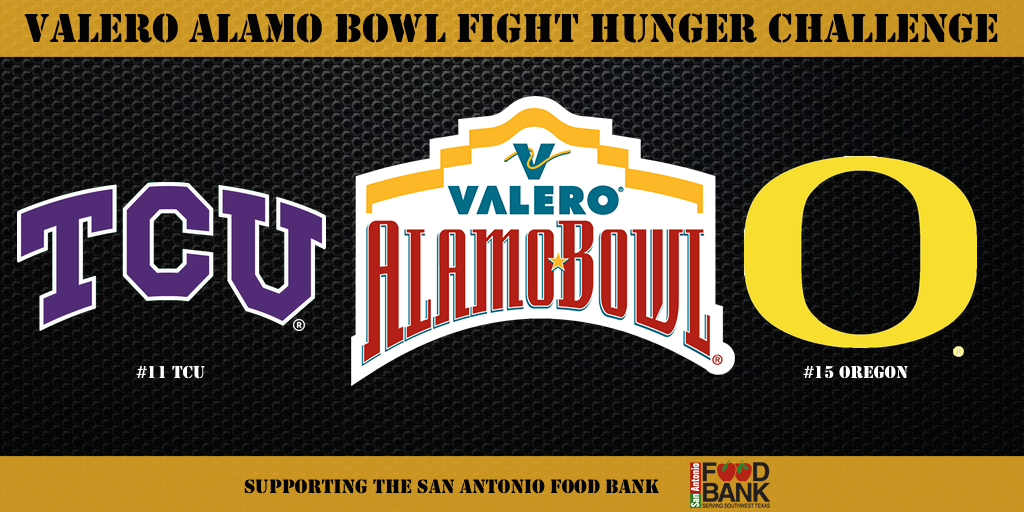