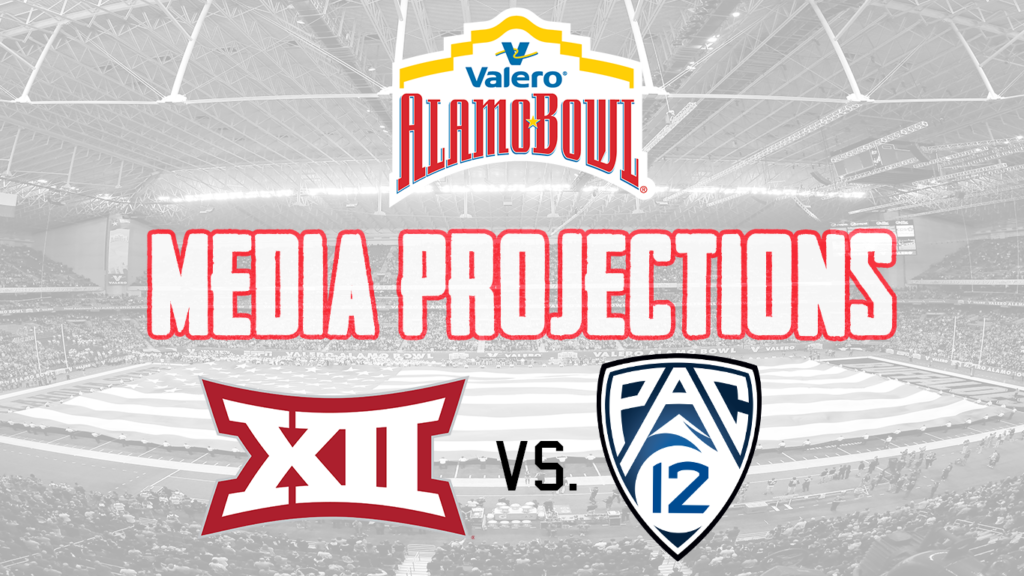 For the fifth straight year the Valero Alamo Bowl will feature the #1 selections from the Big 12 and Pac-12 conferences after the College Football Playoff selections.

The key word in that sentence is “after,” as in addition to the Big 12 and Pac-12 conference champions the CFP could also take at-large selections to play in the New Year’s Six bowl games. There are so many different scenarios that could happen, as both conferences have a chance to put one or two teams into the College Football Playoff or NY6 bowls.

A couple of these scenarios will become clearer on Friday night after the Apple Cup and the OU @ West Virginia game. We’ll know much more on Sunday morning as we head into Conference Championship week.

Still confused on who will face off in the Alamodome on Friday, December 28 at 8 p.m.?

Check out what these fearless forecasters think.