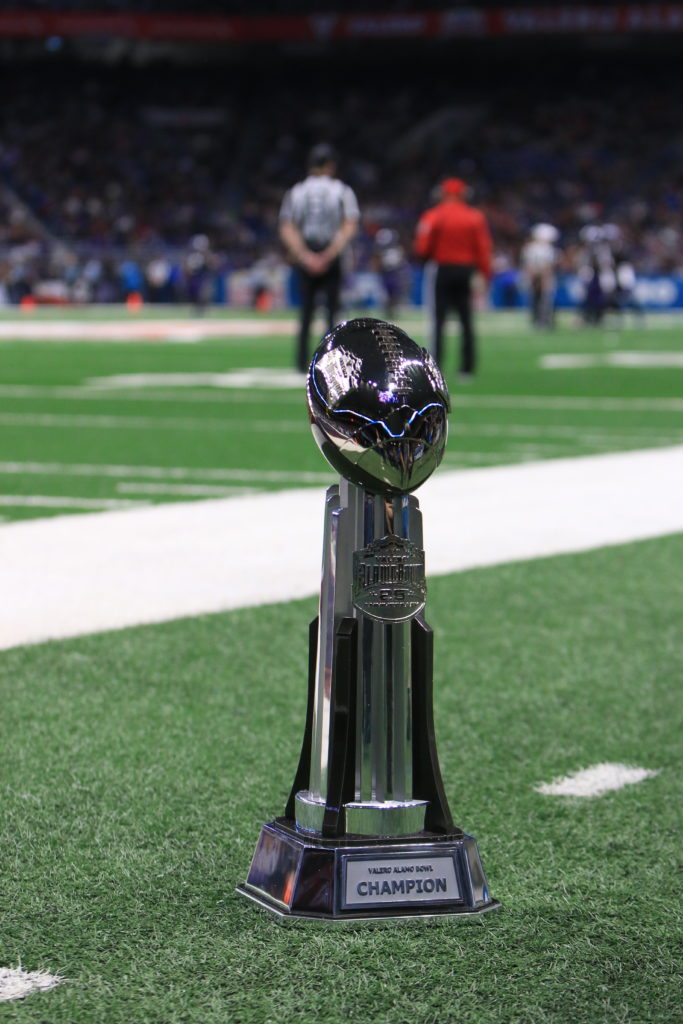 Valero has extended its title sponsorship through the 2025 game to match the extensions the Valero Alamo Bowl has finalized with the Big 12 and Pac-12 conferences as well as ESPN.

“Valero is proud to extend its title sponsorship of the Valero Alamo Bowl, an event we have helped grow to its current position as the #1 game outside of College Football Playoffs,” said Valero Executive Vice President and Chief Financial Officer Mike Ciskowski. “Valero and the Valero Alamo Bowl share a passion of supporting higher education and delivering a positive impact to San Antonio. This extension will continue to deliver these to our community for many years to come.”

“Valero has been a terrific partner since our inception and has fueled our growth as title sponsor the last 11 years,” said Derrick Fox, President/CEO of the Valero Alamo Bowl.  “With the support of an admired industry and community leader in Valero joining ESPN and our two partner conferences in the Big 12 and Pac-12 committing through 2025, we are in an enviable position as we strive to make the next 25 Valero Alamo Bowls even more memorable than our first 25.”

Inclusive of the Valero Alamo Bowl’s 25th Anniversary game in 2017, past Alamo Bowls have combined to deliver 1.5 million attendees to the Alamodome, 136 million viewers to ESPN, $105 million to its partner conferences and participating universities as well as $873 million in total economic impact to San Antonio.

The 2017 Valero Alamo Bowl featuring #15 TCU’s come-from-behind 39-37 victory over #13 Stanford was the Valero Alamo Bowl’s fourth straight Top 15 matchup and the 10th time since 2005 the game’s outcome was undecided until the final minutes.

The event also brought 37,616 out-of-town visitors to San Antonio and generated a total economic impact of $38.3 million for the city last year, according to a report conducted by Economic Analytics Consulting. Since the advent of the College Football Playoff (CFP), the Valero Alamo Bowl is the only non-CFP game to feature a Top 15 matchup.

“Raising our contributions to the participating universities from $1.4 million in our first year to $8.5 million today has delivered San Antonio higher profile teams as well as greater recognition, tourism and economic vibrancy,” said 2017 Valero Alamo Bowl Chairman Mike Chapman. “Thanks to widespread community support and Valero’s title sponsorship, the Valero Alamo Bowl has gone from the new kid on the block to one of the most prestigious and anticipated bowl games each year. The Bowl and San Antonio are fortunate to have such a civic-minded company as Valero headquartered here.”

Valero, through its subsidiaries, is an international manufacturer and marketer of transportation fuels and other petrochemical products. A Fortune 50 company based in San Antonio, Texas, with approximately 10,000 employees, Valero is an independent petroleum refiner and ethanol producer, and its assets include 15 petroleum refineries with a combined throughput capacity of approximately 3.1 million barrels per day and 11 ethanol plants with a combined production capacity of 1.45 billion gallons per year.

The petroleum refineries are located in the United States (U.S.), Canada and the United Kingdom (U.K.), and the ethanol plants are located in the Mid-Continent region of the U.S. In addition, Valero owns the 2 percent general partner interest and a majority limited partner interest in Valero Energy Partners LP, a midstream master limited partnership. Valero sells its products in both the wholesale rack and bulk markets, and approximately 7,400 outlets carry Valero’s brand names in the U.S., Canada, the U.K. and Ireland. Please visit www.valero.com for more information.

Annually matching up the #1 teams from the Big 12 and Pac-12 Conferences after the CFP selections, the Valero Alamo Bowl plays in San Antonio’s 65,000 seat Alamodome.

In June 2017, the Valero Alamo Bowl contributed $6 million for technology upgrades at the facility. This new funding allowed an expanded public Wi-Fi system, two additional HD video screens and sound system upgrades. This brought the total amount for recent Alamodome improvements to $60 million in time for the facility to host the 2018 NCAA Men’s Final Four.

For the 2017-18 school year as part of its 25th Anniversary celebration, the Valero Alamo Bowl and its partners have committed $1 million to be awarded to 130+ San Antonio high school and college students. This amount is the largest scholarship total among the 39 bowl games.

The 2018 Valero Alamo Bowl will be played in late December on a date that will announced by the end of April. Tickets will go on sale this summer, but interested buyers can join the Priority Wait List at www.alamobowl.com