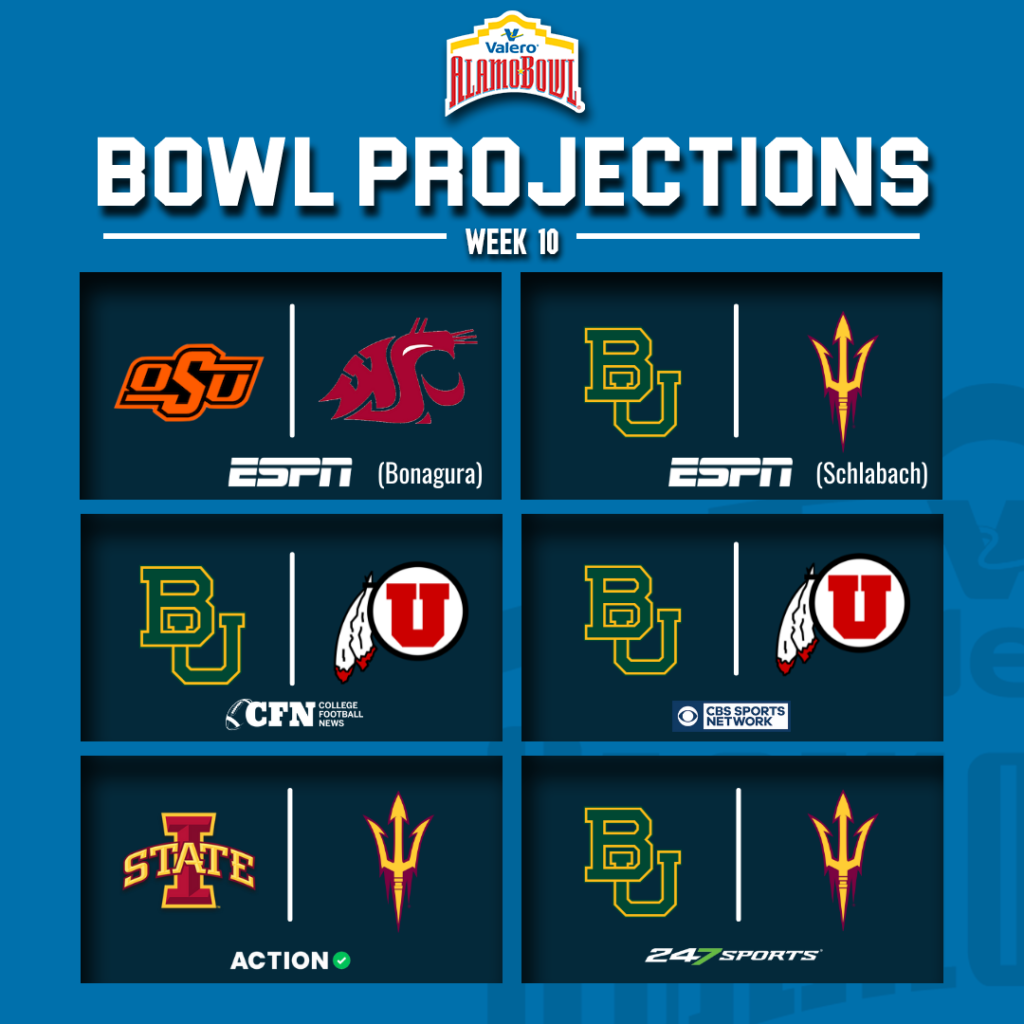 With three weeks left in the regular season, the possibilities for the Valero Alamo Bowl are still very fluid. Baylor vs. Utah was last week’s most popular choice, but wins by Iowa State and Arizona State as well as the Washington State bye week resulted in all three returning to the weekly projections.

The CFP host bowls will take a second team from either conference if their top teams finishing ranked #1-4. That means if the season ended today, #3 Oregon would play in a semifinal game at either the Goodyear Cotton Bowl or Capital One Orange Bowl and #24 Utah would go to the Rose Bowl. While Oklahoma is now ranked #8, they could win out, make the Top 4 and the Allstate Sugar Bowl would select the next highest ranked Big 12 team (currently #10 Oklahoma State).

For their at-large selections, the CFP bowls select by final ranking so that has allowed teams as high as #10 to be on the board when the Valero Alamo Bowl selects.

The official team selection will be announced on Sunday, December 5 at 3:30 p.m. CST so beat the rush and buy your tickets today.