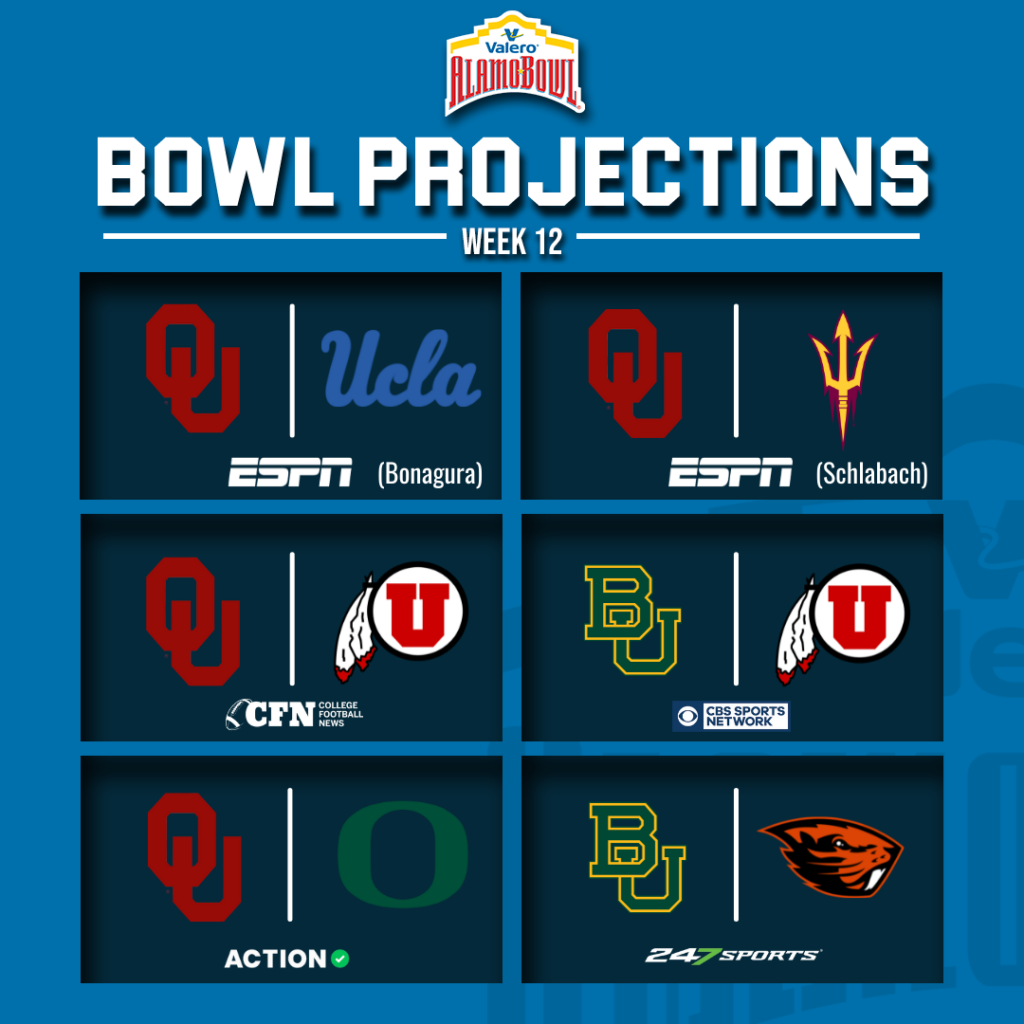 We’re entering the final weekend of the regular season. That means the pool of teams in the mix for the 2021 Valero Alamo Bowl is getting more clarity.

In the Big 12, Baylor, Oklahoma State, and Oklahoma are all ranked in Top 10 and one and perhaps two of these three teams could be available when the Valero Alamo Bowl selects on Sunday, December 5.

In the Pac-12, Oregon or Utah are the most likely teams with Arizona State, Oregon State, UCLA, and Washington State also as possibilities.

Who does the media think this year’s Valero Alamo Bowl matchup will be?

The CFP host bowls will take a second team from either conference if their top teams finishing ranked #1-4. That means if the season ended today, neither the Big 12 or Pac-12 would have a team in the semifinals. However, the winner of Bedlam between Oklahoma State and Oklahoma could have a chance to jump up given they only have one loss.

If the Big 12 Champion doesn’t make the Top 4 they would go to the Allstate Sugar Bowl, while the Pac-12 Champion would go to the Rose Bowl. The Big 12 could also have a second team in the CFP bowls as at-large selection if they finish with a high enough ranking.

The official team selection for the Valero Alamo Bowl will be announced on Sunday, December 5 at 3:30 p.m. CST so beat the rush and buy your tickets today.