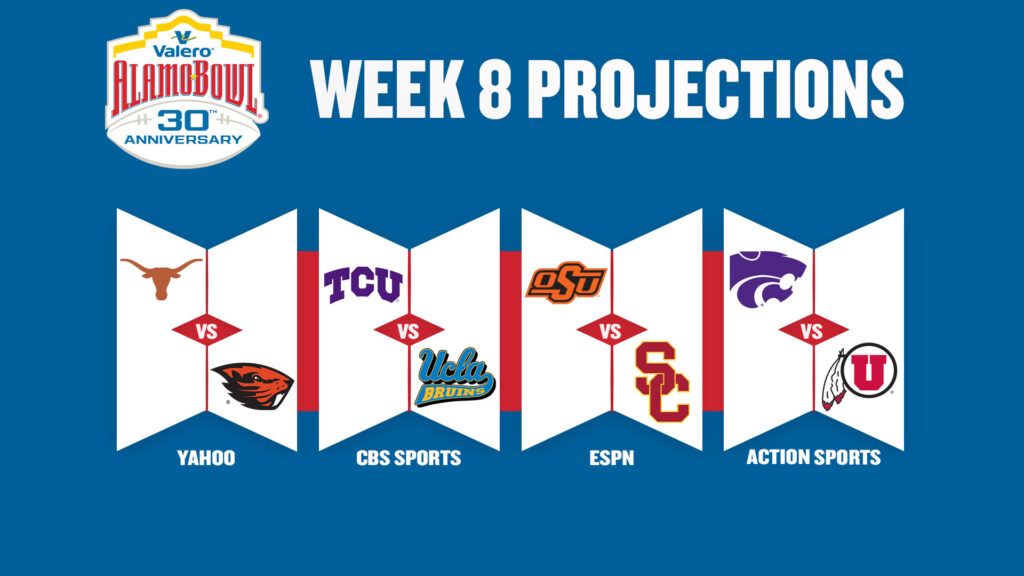 The game between TCU (6-0) and Oklahoma State (5-1) lived up to every bit of the hype. TCU catapulted themselves into the top 10 with a comeback victory in overtime to remain undefeated. As the lone unbeaten team in the conference, TCU now sits atop the Big 12.

Elsewhere, Texas survived a scare from Iowa State to stay in the conversation and remain in the AP top 25. Oklahoma (4-3) beat Kansas (5-2) to earn their first conference win and hand Kansas their second loss of the season. Kansas quarterback Jalon Daniels was out for a second straight game, and Kansas has slid out of the top 25 after being ranked for the last two weeks.

UCLA (6-0) is now the last remaining undefeated team in the conference, but unlike TCU, they didn’t have to do much to make it happen. UCLA was able to kick back on their bye week, relax, and watch Utah (5-2) upset USC (6-1) in a late-night thriller. The Bruins have their toughest test of the season coming up against #10 Oregon in week 8, so it’ll be interesting to see if they can stay unbeaten.

Oregon State (5-2) continued their bounce-back campaign as they cruised to their fifth win over a decent Washington State team. After getting walloped by Utah in week 5, Oregon State has now won their last two conference games.

Even though the conferences are beginning to take shape, there is still quite a lot of disparity between who experts believe will play in the 30th Valero Alamo Bowl. Regardless, here are some of the predicted matchups: