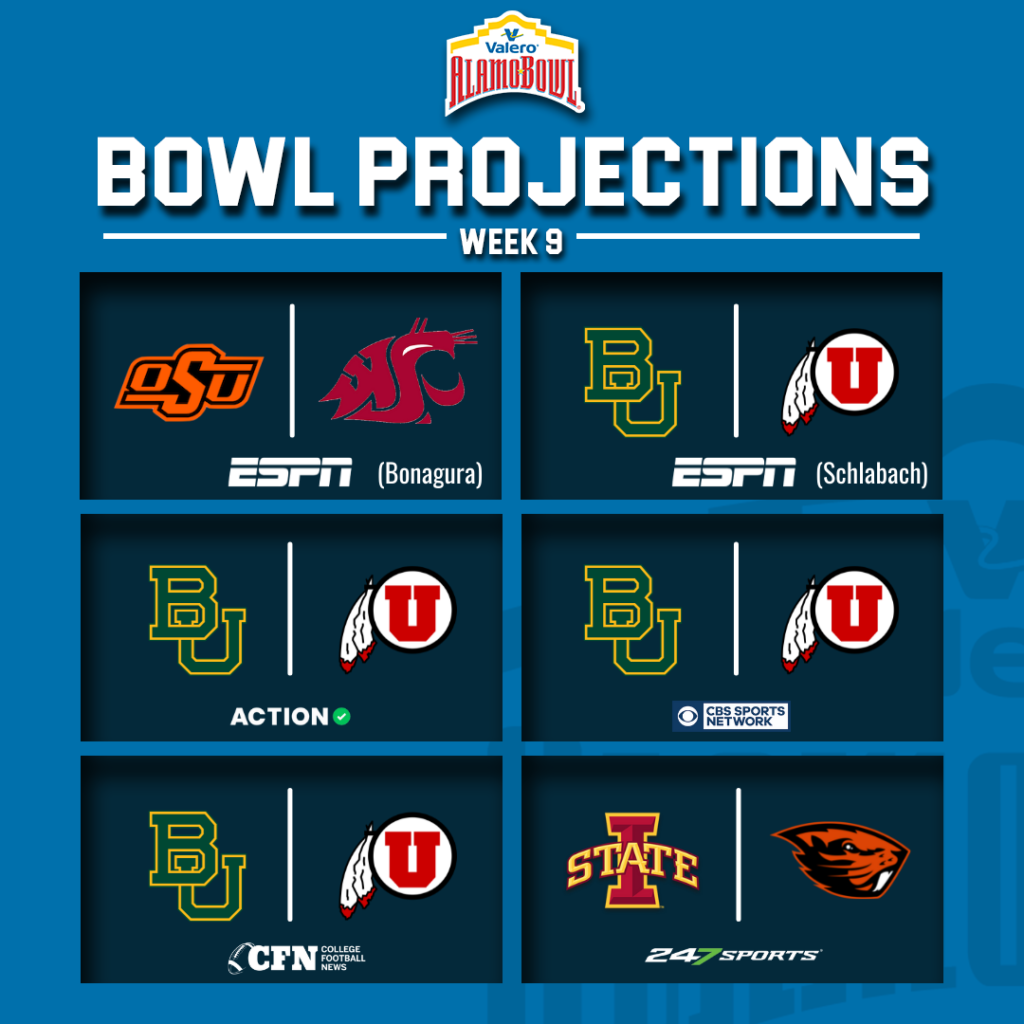 Each week there are several new teams featured in the media projections for the 2021 Valero Alamo Bowl.

Previously, Arizona State and #11 Oklahoma State were consistent picks to be this year’s Pac-12 and Big 12 representatives but things have changed. The Sun Devils (5-3) have lost their last two games, moving them down and the Cowboys are 7-1 and currently picked to play in a CFP game.

That has resulted in Utah (ranked first in the Pac-12 South) and #12 Baylor (whose only loss this season is to Oklahoma State) as this week’s most popular media picks.

The CFP host bowls will take a second team from either conference if their top teams finishing ranked #1-4. That means if the season ended today, #4 Oregon would play in a semifinal game at either the Goodyear Cotton Bowl or Capital One Orange Bowl and Utah would go to the Rose Bowl. While Oklahoma is now ranked #8, they could win out, make the Top 4 and the Allstate Sugar Bowl would select the next highest ranked Big 12 team.

This Week’s Games (all times in CST)

This Saturday, the Valero Alamo Bowl will be sending representatives to the USC @ Arizona State and Texas @ Iowa State games.