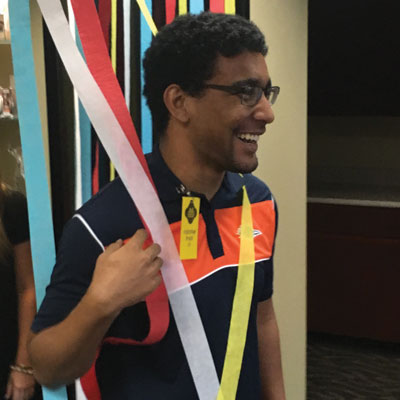 Four of the winners received full ride scholarships from their chosen universities, opening the door for four worthy replacements.

If you’ve seen our video from last year, you know we like to add a bit of drama ­– so when the four arrived at the Valero Alamo Bowl office, resumes in hand, they didn’t find a committee waiting to interview them. Instead, they were greeted by Valero Alamo Bowl staff, confetti poppers and an announcement that they would be receiving a $7,500 scholarship.

This year the Valero Alamo Bowl will give $500,000+ in scholarships, 10 times greater than the amount given the inaugural year in 2000. The scholarship winners are selected based on academic achievement, teacher recommendations, financial need and a personal narrative as well as involvement in extracurricular activities.