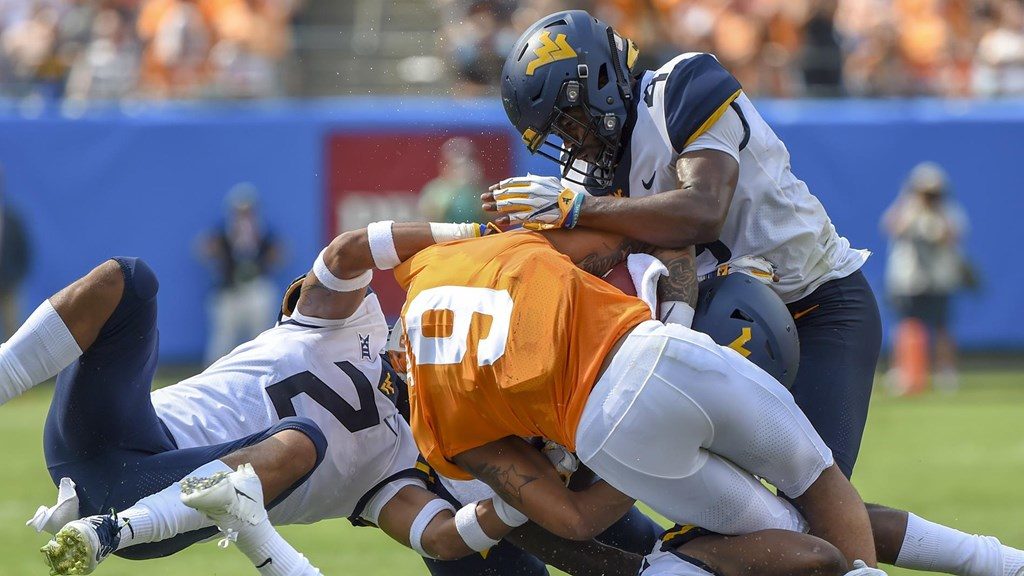 Over 750 local fans and business leaders poured into the Alamodome on August 29 to kickoff the 2018 football season for the annual Rudy’s Bar-B-Q Pigskin Preview.

Guests were treated to a great meal courtesy of Rudy’s Bar-B-Q and stories from Hall of Fame coach Mack Brown as well as got to meet the winners of $460,000 in scholarships were awarded to over 60 students representing every four-year university in San Antonio. When combined with winners from every area high school, the Valero Alamo Bowl scholarship programs will give away $1 million this season.

The weekend following the event, college football kicked off with a full slate of games that started on Thursday and ran through Labor Day.

The Big 12 and Pac-12 had strong showings, highlighted by West Virginia’s 40-14 domination of Tennessee and Cal’s 24-17 win over North Carolina. The Big 12 won six of it’s nine games and Pac-12 won eight of its 12. Seven of the eight combined ranked teams found wins in week one, and all seven of those teams are ranked in the week two AP poll, including three teams in the top 10.

We may only be a week into the season but that doesn’t stop the media from making bowl projections, so we’ve compiled the most prominent ones for you!

The Athletic: Oklahoma vs. Arizona

After four straight Top 15 matchups, the Valero Alamo Bowl will look to feature two of the country’s top teams once again on Friday, December 28!