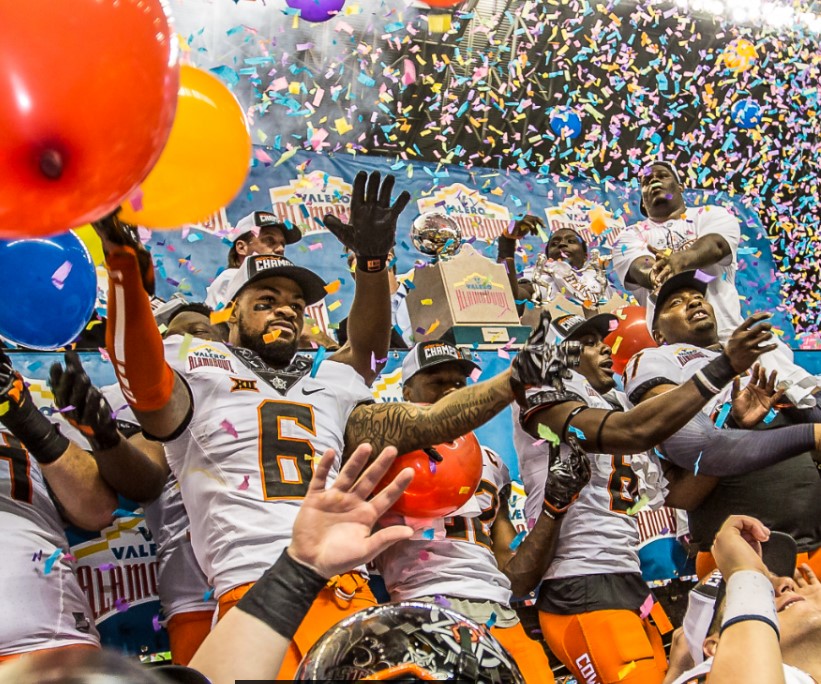 The 2016 Valero Alamo Bowl and Shamrock Series events combined to bring 78,620 out-of-town visitors to San Antonio and generated a total economic impact of $85.5 million for the City last year, according to surveys conducted by SportsEconomics.

“The Valero Alamo Bowl is proud last year’s events made such a significant contribution to San Antonio’s economy,” said Valero Alamo Bowl Chairman Lamont Jefferson. “Our ongoing partnership with the Alamodome, Visit San Antonio, the City of San Antonio and Valero allows us to annually improve our bowl game as well as aggressively pursue impactful neutral site games to benefit our community.”

The Valero Alamo Bowl also served as the only two-time host of Notre Dame’s Shamrock Series when the Fighting Irish played Army on Saturday, November 12, 2016. The 31,800 out-of-town visitors that attended the event delivered a $35.4 million total economic impact to San Antonio topping the $27.8 million impact generated when the inaugural Shamrock Series was held in San Antonio in 2009.

“These two events with four out-of-state universities drew fans who stayed longer because of the distance they traveled and the tourist amenities San Antonio provides,” said Dr. Daniel A. Rascher, President of SportsEconomics. “The consistency and growth the Valero Alamo Bowl and the Shamrock Series has shown in terms of economic impact is remarkable and rare.”

The SportsEconomics studies determined that out-of-state visitors stayed an average of 3.2 days for the Valero Alamo Bowl and 3.6 days for the Shamrock Series, while both games delivered fans with average household incomes in excess of $110,000.

“The Valero Alamo Bowl annually drives tourism and provides tremendous national exposure for San Antonio during what was typically a slower time of the year,” said Casandra Matej, President and CEO of Visit San Antonio. “Like the bowl game, the Shamrock Series lifted hotel occupancy rates downtown above 90 percent for the holiday weekend. The event also delivered an impressive 40 percent year-over-year increase in revenue from rate and occupancy.”

After paying each team playing in the 1993 Builders Square Alamo Bowl $720,000, the Valero Alamo Bowl combined team payout to the Big 12 and Pac-12 conferences will be over $8 million in 2017. This 25th Anniversary game will be the fourth year the conferences will provide their top teams outside of the CFP to San Antonio.

“Higher ranked teams require larger financial commitments,” said Derrick Fox, President and CEO of the Valero Alamo Bowl. “However, three straight years of Top 15 match-ups have been worth the greater recognition, tourism and economic benefits to our city. The success of our two events along with last year’s extensions of our ESPN, Big 12 and Pac-12 conference agreements through 2025 will also allow us to increase of our local community outreach.”

For the 2016-17 school year, over 125 deserving San Antonio students will be chosen from two scholarship programs. This number more than doubles the bowl record 58 scholarships that were awarded in 2015-2016.

The students will be chosen from two scholarship programs. This year’s Valero Alamo Bowl Student-Athlete program selected at least one graduating high senior from every San Antonio area public school and established private school to share nearly $600,000. The 76 winners from these 65 schools received a minimum award of $7,500 to attend the college of their choice and were honored on the field during the 2016 Valero Alamo Bowl.

Another 50+ rising college juniors and seniors will be selected from all six of San Antonio’s four-year universities to share more than $400,000 via a Valero Alamo Bowl Community Partners scholarship. Funded by the Valero Alamo Bowl and matching programs through each university, this scholarship program will be formally announced this Spring in conjunction with the kickoff of the bowl’s 25th Anniversary celebration.

“The Valero Alamo Bowl elevating its matchup and securing the return of the Shamrock Series will boost San Antonio’s reputation for hosting major sporting events and its attractiveness as a national tourist destination,” said Michael Sawaya, Executive Director of the City of San Antonio’s Convention and Sports Facilities Department. “The Alamodome is excited to host the 25th Anniversary of the Valero Alamo Bowl this December and showcase the most significant capital improvement programs in the facility’s history.”

The complete impact analysis studies are available through the following links:

The organization has produced 24 bowl games and served as the local host for 11 neutral site games. These 35 games have combined to bring 1.2 million out-of-town visitors and $990 million in total economic impact to San Antonio.

For more on the Valero Alamo Bowl’s mission and impact on San Antonio, please visit: https://www.alamobowl.com/about/community-outreach/.

The 2017 Valero Alamo Bowl will be played in the 65,000 seat Alamodome in San Antonio in late December at a date that will announced by the end of April. Tickets will go on sale this summer but interested buyers can join the Priority Wait List at www.alamobowl.com.